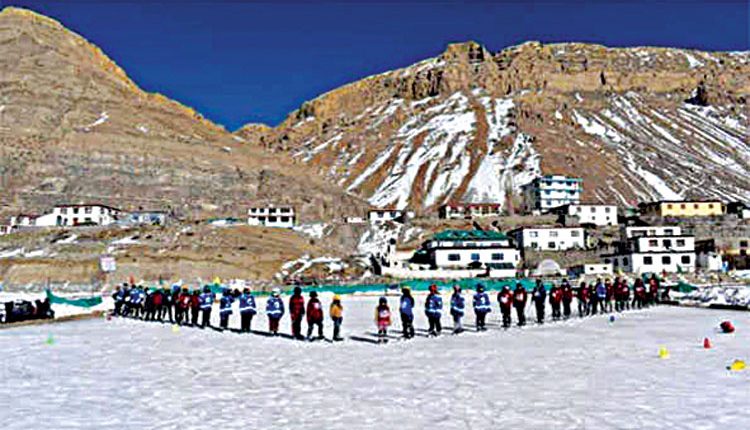 Shimla, Dec 6 (Representative) National Women’s Ice Hockey competition is set to take place at the sub-divisional headquarter of Spiti Valley in Kaza from December 25. Around 80 players will compete in the competition following a month-long camp which was organised by the administration in the run-up to the event. ‘The event will be attended by the players from Hyderabad, Leh, Chandigarh, Delhi, Mumbai and Himachal Pradesh. Five to seven teams are expected to participate in the national competition. Each team would have 22 players. The competition will have 10 officials,” ADM Mohan Dutt Sharma told UNI. Moreover, separate accommodation arrangements have been made for all the officials. The Ice Hockey Association of Lahaul Spiti and the local administration have started preparations for the event.

There will be two to three matches daily in the competition. The ADM further said that every effort will be made by the administration to provide every facility to the players. He also highlighted that Kaza is hosting the competition for the first time. He further stressed that the event will help spread awareness about the sport among the youth and boost tourism and employment avenues among the local people. Last year, the women’s ice hockey team won the bronze medal in the national competition. The Ice Hockey Association is playing a major role in organising camps and competitions. The members of the association are actively participating to settle the ice skating rink for the championship. The ice rink started in Kaza at an altitude of 3720 meters above sea-level. As the snowfall has already began in the area, the freezing water in the rink would be ready for the events due to favourable weather conditions. Along with this, in the next few days, all the preparations would be completed. Last year, 165 Spiti players also took part in the camp organised by the national-level coach Amit Berwal.