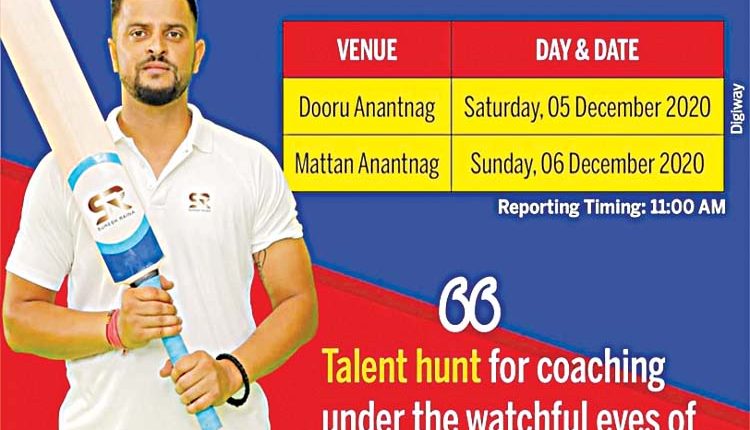 “Facility is the priority and without infrastructure, facilities, talent cannot be nurtured and still in Jammu and Kashmir, lot needs to be done,” Raina said here told reporters at the Maulana Azad Stadium. He said, “J&K has no dearth of talent and I am impressed by the budding cricketers and their passion for the game,” adding, “this is the reason, why we announced to open a cricket academy because I was surprised to see that that till date nothing has been done to advance district level talent across the Union Territory.” “I am happy that players after travelling miles, reached the venue to attend the trails. This shows their commitment and passion for the game,” said the Cricketer adding that the concern of facilities will be taken up with the government following which talent will further be polished. In response to a question about the possibility of playing other talented players from J&K in future after the performance of a player like Abdul Samad in IPL, Raina said that like Abdul Samad there are lot of players but all required are facilities. “Rural talent will be encouraged to move forward at the district level,” he added. Raina has played more than 500 matches in his 15 years career of international cricket for India.

“At first, the Sports Council and the government have to provide adequate amounts of cricket grounds and other facilities, which will give good results in future,” he said. Raina however, advised cricketers to give their 100 percent and always perform without any pressure. He also hinted at conducting trials soon in the coming days in Jammu and Kashmir.

IOC sanctions on Lukashenko will not affect Belarusians’ performance at Olympics : Bach