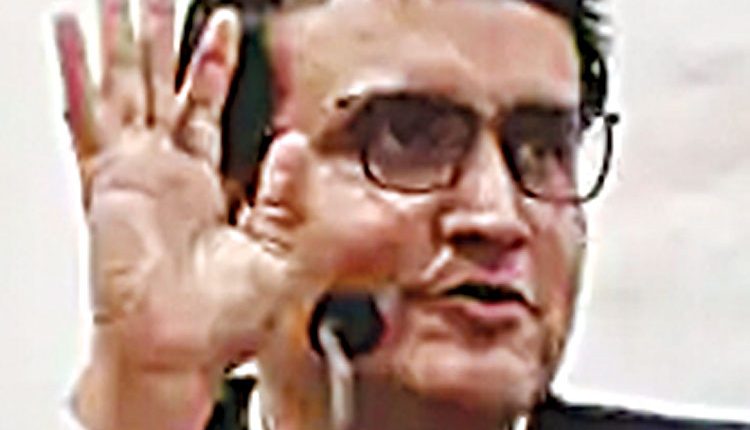 Kolkata, Jan 7 (Agency) BCCI president Sourav Gagnuly, who underwent an angioplasty surgery on Saturday for a blockage artery, was discharged from Woodlands hospital on Thursday. “ Ready to fly Soon,” the 48-year former Indian captain told the waiting reporters as he waved his hand towards the journos while being driven home from the hospitaL on his car along with his wife Dona from Alipore to Behala in South Kolkata this morning. Dona Ganguly had arrived in the hospital early to take back his spouse. Ganguly also profusely thanked the hospital staff and well wishers for his well being during his stay in the medical facility for the past six days.

The discharge from the hospital, which was scheduled on Wednesday, was postponed by a day as Ganguly wanted to stay, hospital CEO Rupali Baus told reporters. She said they would continue to monitor the sportsman for three to four weeks and a nurse would be deputed to his home to facilitate medicines.

‘Sports industry to get special focus in J&K’