‘Sports industry to get special focus in J&K’ 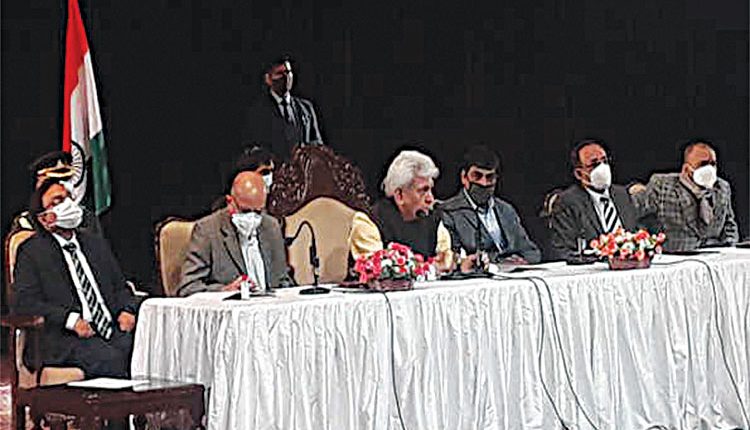 Jammu, Jan 7 (Agency) Jammu and Kashmir Lieutenant Governor Manoj Sinha on Thursday said that the sports industry will definitely get a special focus in coming days across the Union Territory.

On a question raised by the Journalist regarding neglect to Sports Industry and Sports Arena in Jammu and Kashmir, the Lieutenant Governor here on Thursday morning replied, “it is a well raised concern with regard to the sports department.” “As of now we have identified 13 sectors and soon in coming days, the sports industry will get special focus and you will see a boom in this sector,” LG expresses. Mr Sinha was addressing a press conference with regard to announcement of a new industrial development scheme of 28,400 crore for Jammu and Kashmir. Pertinent to mention here that neighbouring state Punjab generates 30 to 40 per cent of its economy from Sports Industry. Raising the sports industry on the pattern of neighbouring Punjab was one of the major demands of sportspersons, players and sports promoters turned industrialists for a boom in this field across Jammu and Kashmir as this sector remained neglected by successive governments over a period of time.

“The willow of Jammu and Kashmir is one of the most famous woods across the globe used to manufacture bats and many national/international level cricketers love to play with these bats at various platforms,” said a player adding that if given boost, alone willow industry can do wonders in generating economy. “Besides, willow, many people are running small units manufacturing footballs and other handmade sports items but they remain unsung heroes due to no focus towards this sector,” he expressed. Meerut, along with Jalandhar in Punjab, accounts for nearly 75 per cent of total production of the sports goods industry in India, which is pegged at roughly 3.6 billion US Dollars. Jalandhar alone has turnover of worth Rs 1200 crore annually in the sports industry. The 3,000 manufacturing firms and 130 exporters operating out of the two cities offer employment to over four lakh people.