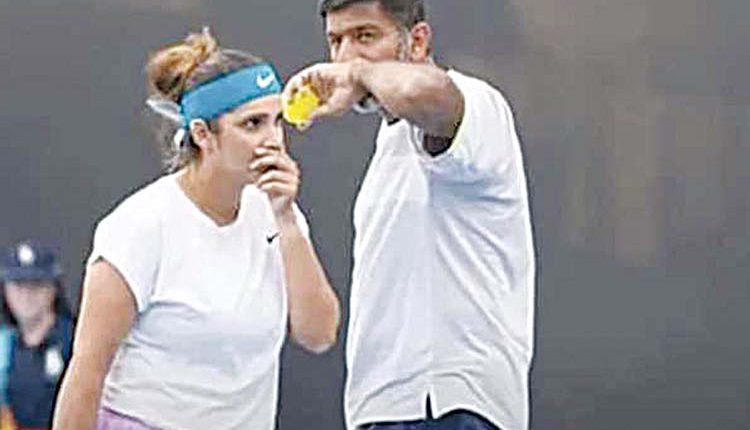 Melbourne, Jan 25 (Agency) India’s tennis queen Sania Mirza is one step closer to bidding farewell to her Grand Slam tennis career with the title trophy. Sania Mirza and Rohan Bopanna stormed into the Australian Open mixed doubles final after dumping third seeds Desirae Krawczyk and Neal Skupski 7-6(5) 6-7(5) 10-6 in the semifinal after an hour and 52 minutes. This is Sania’s last Grand Slam tournament and is set to retire next month. Earlier, the pair received a walkover from the Spanish-Latvian duo of David Hernandez and Jelena Ostapenko. Sania has six Grand Slam titles to her name, including three women’s doubles and as many mixed doubles titles, which includes one Australian Open title each. She was undefeated in mixed doubles in 2009 and in women’s doubles in 2016. Apart from this, she has been runner-up five times in Grand Slam tournaments.

After clinching the first set, the duo surged ahead in the second set, but the rivals came ack and won the set in a tie-breaker, forcing a super tie-breaker. In the nervy tie-breaker, Sania and Bopanna were ahead five point, ut the rivals came ack, reducing the deficit to 8- A spirited Sania sent back a terrific return to reach the match point and the Indian pair sealed the breaker 11-6 to race into the final.