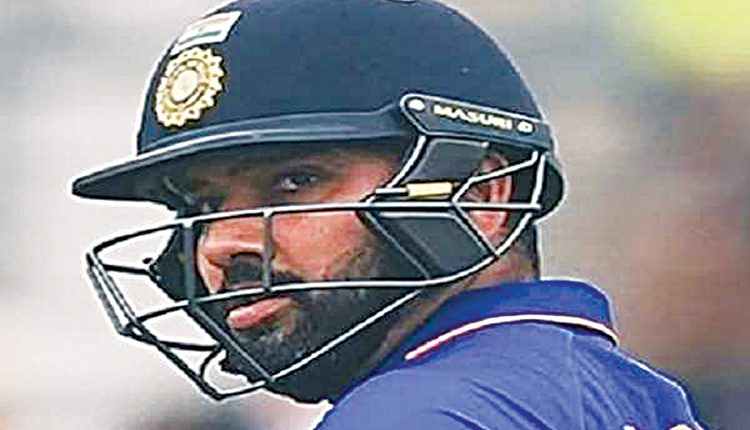 Florida, Aug 7 (Representative) India’s batting lineup including Rohit Sharma who is recouping from a back issue zoomed past and sealed T20I series against the West Indies with a comprehensive 59-run victory here on Saturday. India piled up 191/5 with Rishabh Pant top scoring against West Indies in the 4th T20I. Indian openers Sharma (33) and Suryakumar Yadav (24) gave a good start as they added 53 runs in 4.4 overs for the first wicket. On a personal front, Rohit added two more feathers to his cap. He now holds the record for the second-most number of sixes in international cricket. He also completed 16,000 international runs, becoming the seventh Indian men’s player to do so.In his 33 runs knock off 16 balls, Rohit hammered three sixes to take his tally to 477 international sixes, thereby surpassing Pakistan’s Shahid Afridi to get the second spot.

The India Captain is behind Chris Gayle, who holds the record with a total of 553 sixes to his name in international cricket. There were some brilliant shots executed by Deepak Hooda (21) and Pant, before Sanju Samson (30 no) and Axar Patel (20 no) gave the final touches.Pant made 44 runs off 31 balls with 6 boundaries. Obed McCoy and Alzarri Joseph bagged 2 wickets each, while Akeal Hosein claimed one.Today was not the day for McCoy as he was taken for plenty. His 2 for 66 is the worst-ever bowling figures by a West Indian in T20Is. The hosts were never in the hunt of 192 runs target. They needed one of their top-order to score big to have any chance of overhauling India’s score, but it never eventuated as West Indies continually lost wickets and never seriously threatened the victory target.