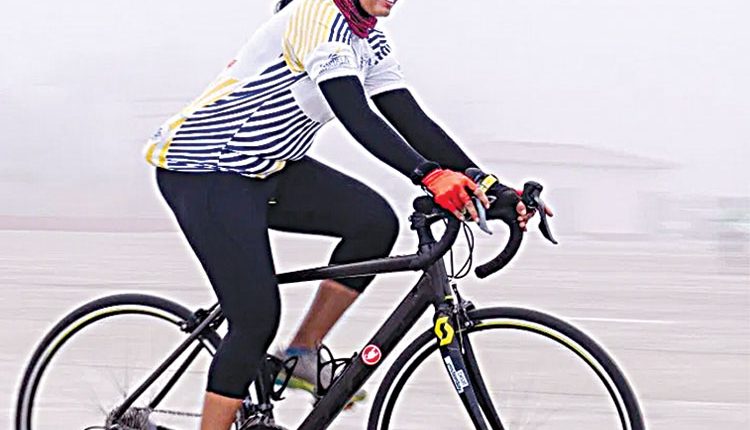 Kolkata, Jan 25 (Agency) First Cycling Tournament CNG Cyclo Vaganza 2021 was held at Eco Park in New Town, Kolkata. It was a first of its kind event to be held in Eastern India. More than 200 cyclists participated in the tournament.

Team Mico Bombers under the Mentorship of Sundeep Saraogi and Captain Dr. Abhishek Das won the tournament. Debashis Sen, HIDCO Chairman, was present to grace the occasion. The aim of the tournament was to forge a Golden Shift and make Kolkata a hub of cycling in Eastern India. The tournament also provided a big platform to young people to instill the cycling culture in them and created awareness about the importance of such cycling tournament in the city for the betterment of the environment, health and fitness. The initiative aimed to bring all the cyclists on a common platform, irrespective of their gender, age or city. There were races for Juniors, Elite, Masters, Ladies as well as for the general public. Cyclo Vaganza 2021 was an initiative of Cycle Network Grow Foundation (CNG), the largest cycling community of Eastern India. The event was organized by Cycle Network Grow and West Bengal Cyclists Association and was supported by HIDCO and FIT India Movement.

Abhijit Sett, General Secretary, West Bengal Cyclists’ Association, said, “It was a great experience organizing such a tournament in Kolkata. This is a first of its kind event in Eastern India. We had a very unique format which not only gave chance to everyone but also created excitement among the participants. We are looking forward to more such events to uplift the glory of cycling in the state. We will be arranging a lot of races this year too with the support of the Cycling Federation of India as per the calendar.” Pankaj Patel, Member, Technical Committee, Cyclo Vaganza 2021, said, “I would like to thank West Bengal Cyclists’ Association, Fit India Movement, HIDCO, our team members, participants, sponsors and people who supported us for this unique initiative which we hope will be the Golden Shift in cycling scene in Kolkata and also India. This event gave an opportunity to all types of riders to prove their mettle. This an Annual Event, with a rolling Trophy termed as “The Golden Shift” and to have similar events throughout the year to benefit young riders and instill the cycling culture in them and also get more and more people involved.”

It was a team-based cycling event. There were 6 Race Formats with 11 Teams. Each team had 8 Riders and consisted: 2 Ladies, 2 Juniors, 2 Elites and 2 Masters. The teams competed against each other in 6 cycling events during the 2day competition, divided into 2 categories – Road Bikes and MTB. There were 2 races for the open category also for the general public. Each team had a mentor who was responsible for selection of the team in consultation with the captain. The mentor was also responsible for grooming the players, held practice sessions, selecting the players for each sub-event and to communicate with the organizers. The Captain was the Rider who was allotted to each team mentor by lottery system. Captains were selected by the organisers from the pool of riders available.