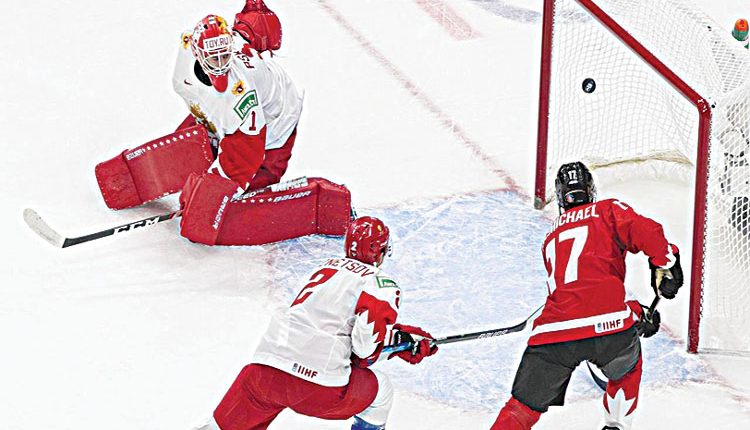 The goals for the Canadians were scored by Alex Newhoek (1st minute), Connor McMichael (11th), Cole Perfetti (16th), Braden Schneider (25th) and Dylan Cozens (59th). Later the United States will play Finland in the second semifinal. The final of the tournament and the game for the third place will take place Tuesday.