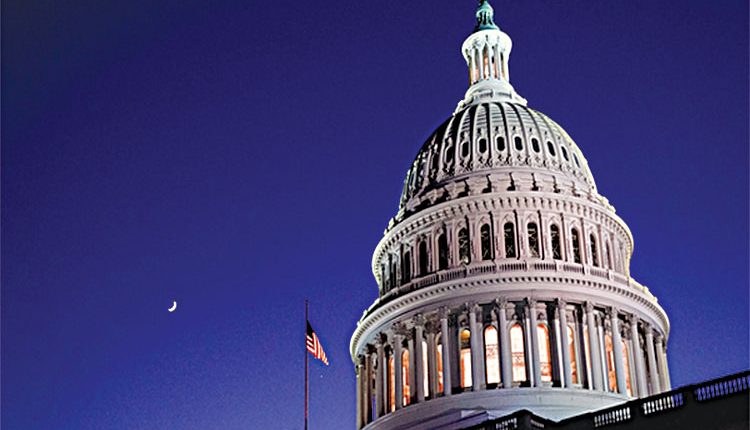 Washington, Jan 5 (Agency) The US state of Georgia holds on Tuesday two runoff elections for the Senate which will determine if the Republican Party can halt the Democratic bid to consolidate control over the executive and legislative branches of power. Democrats, who already lead the House of Representatives and have reclaimed the White House in a presidential race victorious for Joe Biden, need to win both seats for a 50-50 majority with Vice President-elect Kamala Harris being able to cast tie-breaking votes in the upper chamber of the Congress.

One seat will be enough for Republicans to retain their sway over the Senate allowing them to block much of Biden’s legislative agenda in a split government situation. The stakes are so high that both Biden and the outgoing President Donald Trump are expected to campaign in Georgia ahead of the election in support of their parties’ candidates. The runoffs pit Republican incumbents David Perdue and Kelly Loeffler against Democratic challengers Jon Ossoff and Raphael Warnock. According to FiveThirtyEight’s polling averages as of January 3, Ossoff and Warnock lead Perdue and Loeffler 49.2 to 47.4 percent and 49.5 to 47.2 percent respectively. Over the last 30 years, Democrats have won only once in eight statewide runoffs, Inside Elections, the nonpartisan political newsletter, calculated. Senate runoffs were called in Georgia, the only state where elections are subject to an absolute majority threshold, after no candidate captured 50 percent plus one votes last November.Georgia is also a focal point of Trump’s efforts to overturn his election defeat to Biden. The incumbent was caught on tape over the weekend as he was trying to convince state officials, also Republicans, to help him find 11,780 votes needed to reclaim the presidency.