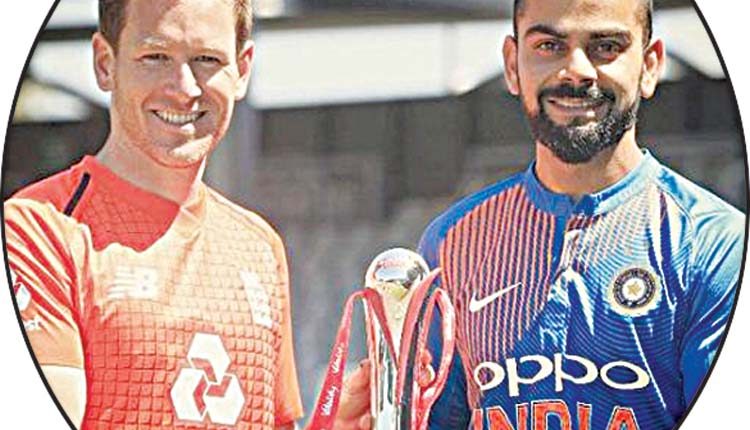 Mumbai, Dec 10 (Bureau) The Board of Control for Cricket in India (BCCI) on Thursday announced the fixtures for Team India’s home series against England, which will comprise four Tests, five T20Is and three ODIs. The much-awaited marquee series will kickstart with a 4-match Test series for Anthony de Mello Trophy, the first of which will be played in Chennai from February 5. Chennai will also host the second Test while the newly built Sardar Patel Motera Stadium in Ahmedabad will host the remaining two Test matches.

‘Motera, the largest cricket stadium in the world, boasts of state of the art facilities and a seating capacity of 110,000. It will host India’s second Day-Night Test match at home after the huge success of India’s first-ever pink-ball Test that was played in Kolkata last year,’ BCCI said in a statement. ‘Ahmedabad is expected to turn pink when it hosts the third Test on 24th of February under lights,’ it added. The iconic Test will be followed by the 5-match T20I series, which will also be held in Ahmedabad. The last leg of the tour will feature ODIs and all three matches will be held in Pune. The BCCI has restricted the tour to just three venues keeping in mind the current pandemic situation prevailing in the country. “The BCCI prioritises health and safety of both teams and will leave no stone unturned to make sure that the tour is held adhering to all safety protocols agreed by the BCCI and ECB medical teams. Both Boards have worked closely to put together an exciting series that promises to provide high octane action between two powerhouses of world cricket,’ said Jay Shah, Honorary Secretary, BCCI.
‘This will be India’s first bilateral series at home since the outbreak of COVID-19 pandemic and the home season will bring back joy to cricket fans,” he added. ECB CEO Tom Harrison expressed his satisfaction with the plann-ing undertaken by BCCI. “We have been delighted with the planning that has been undertaken by the BCCI to ensure the three venues in Chennai, Ahmedabad and Pune will be ready to host international cricket in a bio-secure environment and look forward to working closely with them over the coming weeks to finalize those plans,” said Harrison.

LB election : Film star Mammootty unable to vote as his name not in voter’s list