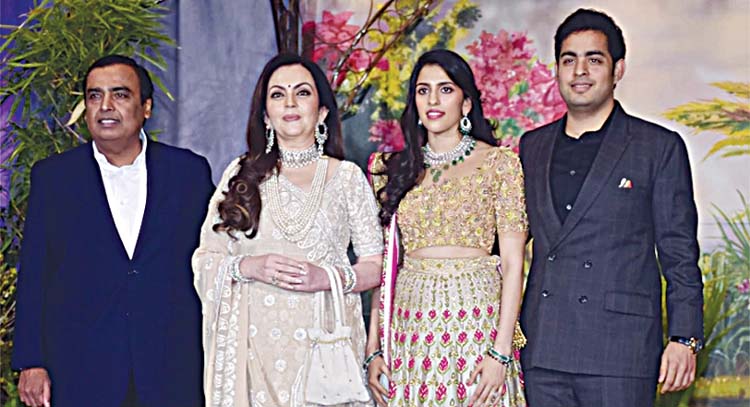 The statement from the family also spoke about how both Mukesh and Nita Ambani are “delighted” to welcome their first grandchild. “Nita and Mukesh Ambani are delighted to become grandparents for the first time as they welcomed the great-grandson of Dhirubhai and Kokilaben Ambani,” the statement said. “The new arrival has brought immense joy to the Mehta and Ambani families.”

Akash married diamantaire Russell Mehta’s daughter Shloka in March 2019 in a grand ceremony that took place at Mumbai’s Jio World Centre. The wedding functions saw many A-listers from Bollywood, politics and the business world. Ambani, 63, and his wife Nita have three children — twins Akash and Isha, 29 years old, and Anant, 25. The Ambani family is said to have returned to Mumbai just before Diwali last month after spending considerable time abroad.