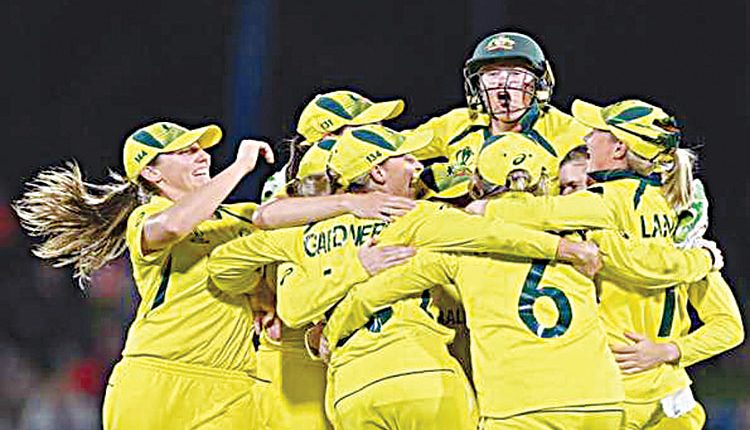 New Delhi, Oct 1 (FN Agency) Australia have established a record margin at the top of the MRF Tyres ICC Women’s ODI Team Rankings while also increasing their lead in the MRF Tyres ICC Women’s T20I team rankings, after the annual update carried out on Saturday. Australia have stretched their lead over South Africa from 48 to 51 rating points in the ODI rankings, which is the biggest lead ever by any international men’s or women’s side in any form of the game, while their lead over second-placed T20I team England has increased from 14 to 18 rating points.

Australia have gained three rating points and sit comfortably at 170, with South Africa (119), England (116), India (104) and New Zealand (101) the other teams holding three-figure rating points. In T20Is, Australia are on 299 rating points, stretching their lead over second-placed England from 14 to 18 rating points. New Zealand and India maintain their third and fourth positions, while South Africa has overtaken the West Indies to the fifth position. In other notable movements, Tanzania and Nepal have progressed two slots each to reach 15th and 16th positions, respectively, Namibia have moved up from 21st to 17th and Hong Kong from 24th to 20th. Jersey (up from 28th to 22nd), Italy (up from 38th to 28th) and Mozambique (up from 45th to 33rd) are some of the other big movers in the update. Meanwhile, the number of ranked teams has fallen from 60 to 48 with eight teams not having played at all over the past three years and four others not meeting the requirement of six matches.