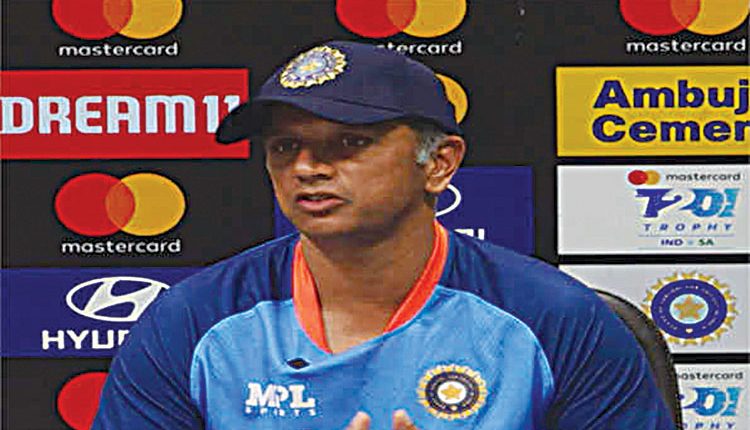 Guwahati, Oct 1 (FN Representative) Having momentum with them after defeating Australia in two consecutive games and then royally thumping South Africa in the three-match series opener, India will look to claim the series, despite the absence of Jasprit Bumrah as Rahul Dravid-led think tank pins hope on a repeat performance of their last-match star pacers Deepak Chahar and Arshdeep Singh, when India take on the Springboks here on Sunday. Bumrah has been ruled out of the series due to a back injury and has been sent to the National Cricket Academy for staging a recovery. His absence might worry Team India, but it would not be easy for the players to forget their last match performance where they rattled South Africa, restricting them for a paltry 100-odd runs. Arshdeep had picked up three wickets and Chahar two, reducing the Springboks to just 9 runs inside three overs, and they would like to continue with this magical show to once again rattle the diffident visitors. Mohmmad Siraj, who came in place of the injured Bumrah, has a task cut out, considering his record in the shortest version of the game. He has been struggling, but he would like to make amends if included in the Playing XI. Umesh Yadav too would like to make the cut as his bowling is known to be wayward in T20 format.

And, World-Cup-bound Harshal Patel, until the T20 series against Australia, has been under the scanner for being costly in death overs, but he could manage to tide over it with his 2/26 performance against South Africa in the series opener. Ravichandran Ashwin was also good, though he did not purchase any wickets but had hooked up a la Bapu Nadkarni-type miserly bowling figures, reading 4 overs, 1 maiden, 8 runs for no wicket, in his favour. Axar Patel has been a revelation as he bagged eight 8 wickets in the Tr20 series against Australia and has been stingy in the last where he sent back one South African batsman after conceding just 16 runs, With Ashwin and Axar at the helm of affairs, the spin department looks to have been sorted out by the Indian staff. Suryakumar Yadav has been in great form and his fiery batting has made him the most dreaded T20I batsman as pointed out by South Africa all-rounder Wayne Parnell.

Every time the Mumbaikar walks into the middle, he throws up quite a challenge to the bowlers with his unblemished ability to score 360-degree. During the chase in the last match, SKY had slammed an unbeaten 50 in 33 balls to help India win by 8 wickets. And though KL Rahul hammered an unbeaten 51, it took him 56 balls to achieve it. This approach of his has come in for a lot of flak. Tomorrow, he would like to improve on it before India starts the final preparations for the World Cup. As far as South Africa are concerned, the Temba Bavuma-led side will try to put up a fighting show and keep the series alive, especially after getting the royal stick in the first match. The visitors were routed point blank by Chahar and Arshdeep. Keshav Maharaj, Aiden Markram, and Wayne Parnell were the only Proteas batsmen to show some resistance who piloted the side to post a 100-plus total, which was ingloriously insufficient.