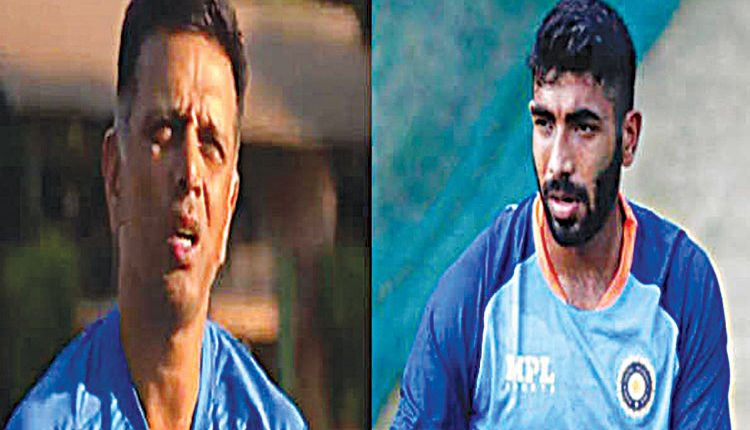 Guwahati, Oct 1 (Agency) Indian Head Coach Rahul Dravid on Saturday said in the next two to three days, the team will get an official confirmation on Jasprit Bumrah’s availability in the T20 World Cup in Australia next month. “As of now, officially he (Bumrah) is only ruled out of this series (India-South Africa), and we will see what happens in the next two or three days but once we get an official confirmation, then we will be able to share that,” he said at a press conference on the eve of second T20I against South Africa here. Bumrah has gone to the National Cricket Academy NCA and the team is waiting for an official confirmation on the next steps, he added. Dravid said, since the doctors have not confirmed his absence from the World Cup, the team is hopeful of his making into the side, even as he doctors are assessing his fitness.

“Like I said, I don’t go deeply into the medical reports, I rely on the experts to tell me what it is. They ruled him out of this series and he is being assessed. You will know in due course what happens in the future. Till the time he is not officially ruled out, we will always be hopeful and we will hope for the best,” he said. Earlier, BCCI President Sourav Ganguly too did not rule on Bumrah’s unavailability for the World Cup due to back injury. He also hoped that the star pacer would be fit ahead of the World Cup. On Friday, BCCI named Mohammed Siraj as a replacement for the injured Bumrah. Bumrah had recently made a comeback from injury in the T20I series against Australia. He had missed more than two months of action due to his back injury and on his return, he could be a part of only two games. While the first game on his return saw him returning figures of 1 for 23 in two overs, the second game saw him leaking 50 runs for no wicket in 4 overs.