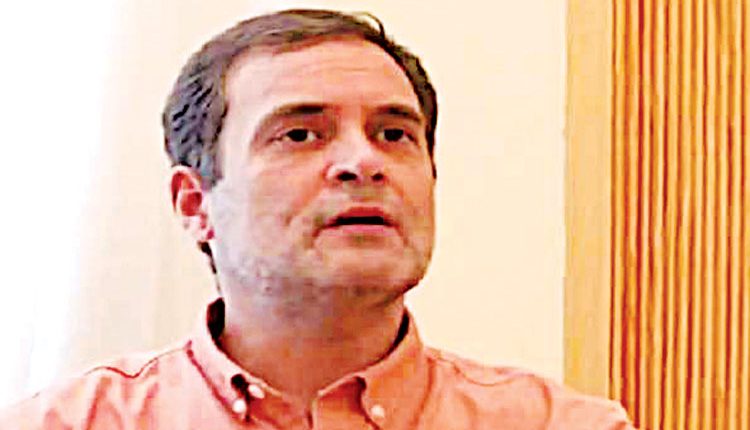 New Delhi, Aug 13 (Agency) Former Congress president Rahul Gandhi on Friday launched a scathing attack on social media platform Twitter, which locked his account on August 7, calling it an attack on India’s democratic structure. “By shutting down my Twitter (account), they are interfering with our political process. A company is making its business to define our politics and as a politician I don’t like it,” Mr Gandhi said in a video posted on Youtube. “This is an attack on the democratic structure of this country. This is not an attack on Rahul Gandhi, this is not simply shutting Rahul Gandhi down.

I have 19-20 million followers, you are denying them the right to opinion, that is what you are doing,” he said. “This is not only unfair, this is their breaching the idea that twitter is a neutral platform and for the investors it is a very dangerous thing because taking sides in the political contest has repercussions for twitter,” he said. “Our democracy is under attack, we are not allowed to speak in Parliament, the media is controlled, and I thought there is a ray of light where we could put what we thought on Twitter. But obviously that is not the case, it is obvious now that Twitter is actually not a neutral platform, it is a biased platform and it is something that listens to what the government of the day says. As Indians we have to ask the question, are we going to allow companies just because they are beholden to the government of India, to define our politics for us? Is that what it is going to come to or are we going to define our politics on our own, that is the real question,” he said in the one-and-a-half-minute long video.

Mr Gandhi’s Twitter account was locked after he shared a photo with the family of the minor girl who was allegedly raped and murdered in Delhi. Accounts of Congress party, and several other Congress leaders, including Randeep Surjewala, KC Venugopal, Ajay Maken, Sushmita Dev, Bhanwar Jitendra Singh and Manickam Tagore were locked. Mr Gandhi also shared a similar message on social media platform Instagram, with an image with a message “Digital dadagiri nahi chalegi” (No to digital bullying).