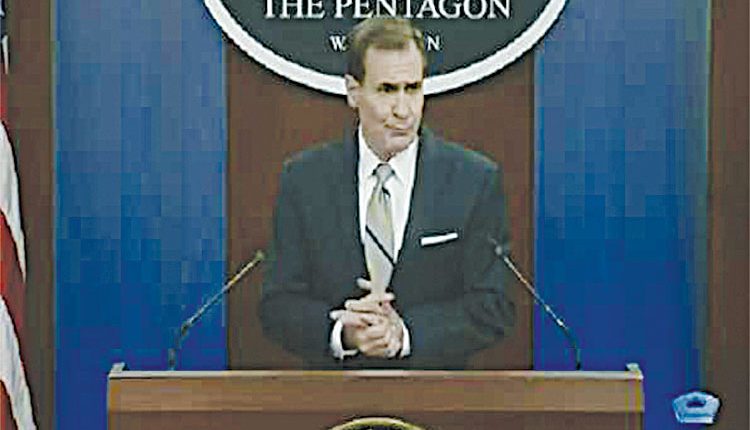 Kabul, Aug 13 (FN Bureau) The US is sending 3,000 troops to Afghanistan to assist in evacuation of its people out of the country as the Taliban advances on Kabul. Pentagon spokesman John Kirby said three battalions, one US Army and two Marines, will go to Hamid Karzai International Airport in Kabul where military transport planes would be waiting, Tolo News reported. The development comes as the Taliban captured Afghanistan’s second largest city of Kandahar late on Thursday. Kandahar became the 12th provincial capital to be partly or completely overrun by the Taliban after Ghazni, Herat, Fayzabad, Aybak, Qala-e-Nau, Lashkargah, Zaranj, Sheberghan, Kunduz, Taluqan and Sar-e-Pul. The US Department of Defense is preparing to possibly evacuate the US embassy and US citizens in Kabul as the Biden administration considers the possibility that the capital could fall within 30 days, administration and military officials have said, according to The New York Times.

The Taliban’s unexpectedly fast gains have led to the Defense Department to speed up its plans to get Americans out of Afghanistan. “These forces are being deployed to support the orderly and safe reduction of civilian personnel at the request of the State Department,” Kirby said, as well as to accelerate the processing of applications for Special Immigrant Visas for Afghan translators and interpreters. “We expect to drawdown to a core diplomatic presence in Afghanistan in the coming weeks,” Kirby said, adding that the United States will continue to engage in diplomacy with the Afghan government and people. Officials say a possible evacuation would involve the use of US military to protect people as they’re taken to Hamid Karzai International Airport where military transport planes would be waiting. Kirby said these new troops will have some defense equipment. “They have some defense capabilities,” he said. “They will obviously have the capabilities they need to defend themselves.”

Kirby said the mission was “a very narrowly defined” and temporary mission and estimated there would be fewer than 1,000 troops. Meanwhile, US Secretary of State Antony Blinken and US Secretary of Defense Lloyd Austin spoke with President Ashraf Ghani “to stress that the United States remains invested in the security and stability of Afghanistan in the face of violence by the Taliban,” US State Department said. Blinken and Austin “informed President Ghani that the US is reducing our civilian footprint in Kabul in light of the evolving security situation and will accelerate the tempo of Special Immigration Visa flights,” the statement said.