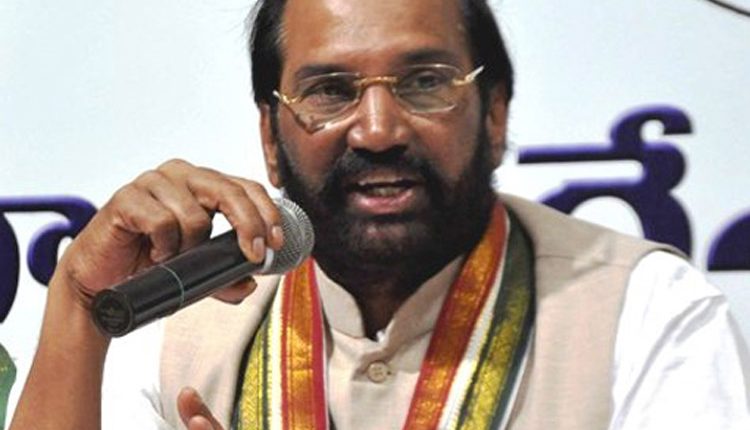 Hyderabad, Dec 14 (Agency) Telangana Pradesh Congress Committee (TPCC) President & MP Capt N Uttam Kumar Reddy on Monday accused the TRS Government of systematically weakening the Panchayat Raj system in the State. He was addressing a meeting at Gandhi Bhavan, along with AICC Panchayat Raj Sanghathan Vice Chairman Harshwardhan, State Incharge Kiran, State Chairman Harish, TPCC Working President Ponnam Prabhakar, MLC T Jeevan Reddy, MLA Jagga Reddy and other leaders. They discussed systematic weakening of local bodies and insulting of Sarpanches, MPTCs, ZPTCs by TRS Government and non-allocation of State Government funds to Mandal and Zilla Parishads. It was decided to hold a protest on these issues by the PR Sanghatan at Indira Park on December 22, a party release here said. Mr Reddy said that the State Government was not clearing the bills of Panchayats. It was not even releasing the funds released by the Finance Commission. He said that Mandal and Zilla Parishads were in extremely bad shape with no funds or powers.

He said that the Congress party would organise a day-long protest on December 22 to highlight the problems of Panchayat Raj institutions and a memorandum would be submitted to the Governor. He reminded that former Prime Minister Rajiv Gandhi has empowered the Panchayat Raj institutions across the country by granting them powers and sufficient funds. The TPCC Chief alleged that the KCR Govt has completely crushed the Panchayat Raj system in Telangana State. He said that the TRS leaders were looting the Panchayats and forcing them to buy tractors, LEDs, lights and other material from the agencies of their choice so as to get the commission. He said that politics has turned into business after Chandrashekhar Rao became the Chief Minister. He said elected representatives of rural areas not only keep track of the problems being faced by the people, but they also understand the people’s pulse. He said that the Congress party was in support of all Sarpanches and other local leaders. The TPCC Chief said that meetings should be held at least once in a month or two with Sarpanches and other village leaders to discuss their problems. He said that the ideology of the Congress party should be taken to all villages. Uttam Kumar Reddy urged the party cadre to stay among the people and make all efforts to resolve their problems.