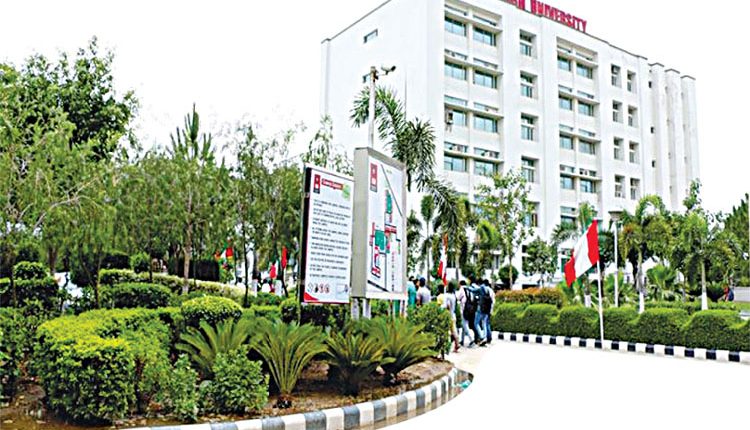 Education is the backbone of any country as it plays a crucial role in technological developments and imparts various skills, values, and awareness.

The Union Minister for Education was speaking during the inaugural session of International Conference on ‘Creating Global Perspective rooted in local values for sustainability’ virtually, organized by Chandigarh University, Gharuan. International dignitaries, renowned academicians and research scholars from 20 countries and 31 Universities took part in the International Conference and reached out to more than 10 million audience across the globe. Prof. Mark E Smith, President & Vice-Chancellor, University of Southampton, UK, Dr. Deep Saini, President & Vice-Chancellor, Dalhousie University, Canada and Satnam Singh Sandhu, Chancellor, Chandigarh University were the Guest of Honor during the event.
While delivering his inaugural address, Dr. Ramesh Pokhriyal stated that, “Our Honorable Prime Minister Shri Narendra Modi has envisaged ‘Vocal for Local’ Mantra in pursuit of a ‘Self-reliant’ India and the implementation of New Education Policy will lay strong foundation for Aatmanirbhar Bharat and to take Indian education to the global standards, internationalization of higher education is of utmost importance which has been a salient feature of NEP-2020.” “The New Education Policy will offer vocational & employment oriented education from Class 6th onwards and also offers the choice of subjects in multi-domains to the students,” Dr. Pokhriyal added. The Union Minister for Education further said that, “India is implementing its new comprehensive and pragmatic education policy which is aimed to make India a world leader and most preferred destination for higher education along with restoring its past glory to become ‘Vishwa Guru’. Amongst the many important features of the new education policy is transforming the Indian Higher Education in such a way that it meets global standards on one hand while on the other hand, the policy advocates for propagating and preserving the rich Indian values and traditional knowledge,” he added.

“Teachings of Guru Nanak Dev; especially self-less service of mankind has been a torch bearer for the world which has shown the humanity a path of spirituality as well as progression towards future,” added Union Minister Dr. Pokhriyal. A book on the teachings and life of Guru Nanak Dev written by Union Minister Dr. Ramesh Pokhriyal in Hindi and Punjabi was also launched on the occasion. Chancellor Chandigarh University announced that the book will be distributed to the children and students of Punjab so that they can understand the important message given by the great guru who is remembered as ‘Sarab Sanjhe Guru of humanity’. The minister further added that, “India has always been a global destination for higher education and with the implementation of NEP-2020 our nation will once again be promoted as a preferred destination for global student community providing premium education at affordable costs, thereby helping to restore its role as a Vishwa Guru.”

Chandigarh University is a NAAC A+ Grade University and an autonomous educational institution approved by UGC and is located near Chandigarh in the state of Punjab. It is the youngest university in India and the only private university in Punjab to be honored with A+ Grade by NAAC (National Assessment and Accreditation Council). CU offers more than 109 UG and PG programs in the field of engineering, management, pharmacy, law, architecture, journalism, animation, hotel management, commerce and others. It has been awarded as The University with Best Placements by WCRC.

India Car Loan Market:Analysis and Outlook to 2025 with the Potential Impact of COVID-19