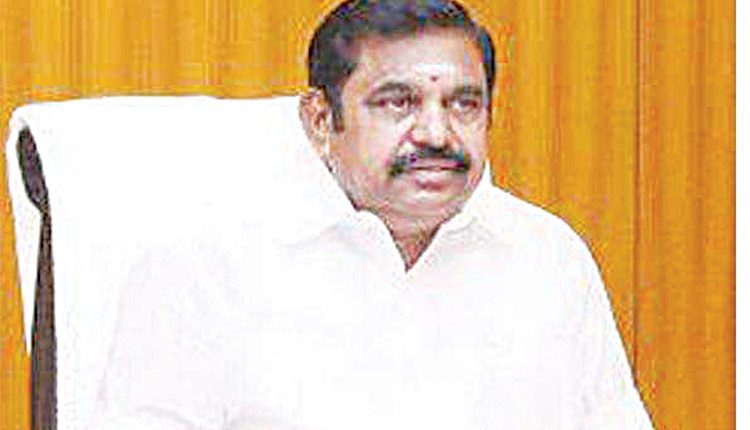 Chennai, Dec 3 (Agency) Tamil Nadu Chief Minister Edappadi K Palaniswami today urged Prime Minister Narendra Modi to restructure the Post Matric Scholarship Scheme (PMSS) with a sharing pattern of 60:40 basis between the Centre and the State. He also requested Mr Modi to issue suitable directions to the Ministry of Social Justice to restructure the Post Matric Scholarship scheme with a sharing pattern of 60:40 basis between the Centre and the States. In a Demi-Official letter to Mr Modi, he said earlier the expenditure under the scheme at the end of each five year plan period was taken as the committed liability of the State for the next five year plan period. Although the practice of five year planning was given up after the end of the 12th Five Year Plan (2012-2017), the earlier practice of re-fixing the State’s Committed Liability at the end of five years has been continued, he said. As a result, the committed liability of Tamil Nadu which was Rs 353.55 crore in 2012-13, with effect from 2017-18, has risen to Rs 1,526.46 crore. Although the State spent Rs.1,689.34 crore on the scheme in 2017-18, Rs 1,910.19 crore in 2018-19 and Rs 2,005.70 crore in 2019-20, it had received only Rs 162.88 crore, Rs. 383.73 crore and Rs 479.24 crore respectively as the Central share for these years, the Chief Minister pointed out. Mr Palaniswami said In this year (2020-21), for a total expected expenditure of Rs.2,110.90 crore, Tamil Nadu will be eligible to receive only Rs 584.44 crore as Central share. Noting that this has placed an extremely high burden on the State Government’s finances, he said it also results in a situation, where what is really a Central Sector scheme will be largely funded by the State’s from their own resources. Recalling the earlier letters written by him to Mr Modi on May 30, 2018, June 14, 2018 and January 27, 2019, he said ‘it is requested that in line with other Centrally Sponsored Schemes, the Post Matric Scholarship scheme may be funded with a sharing pattern of 60:40 between the Centre and the States.’

Awareness on the issue of Child Sexual Abuse

Fourth round of talks between govt and farmers concludes, next round on Dec 5