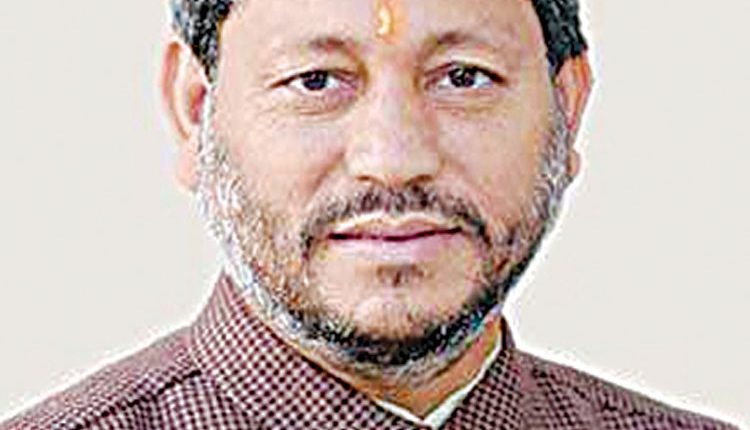 Dehradun, Mar 10 (FN Representative) Bharatiya Janta Party (BJP) MP, Tirath Singh Rawat will swear-in as the new Chief Minister of Uttarakhand on Wednesday, a day after Trivendra Singh Rawat’s resignation. The 56-year-old leader was the chief of the party in Uttarakhand in 2013-15 and also an MLA from the state in the past.

Mr Tirath Singh Rawat edged out over speculations of prominent candidates like Union Minister Ramesh Pokhriyal Nishank and Uttarakhand Minister Dhan Singh Rawat being picked up for the position. Mr Tirath’s name was decided for the position at a state legislature party meeting at the BJP headquarters this morning under the watch of party national vice-president and former Chhattisgarh chief minister Raman Singh.

Trivendra Singh Rawat, who has become yet another name to be added to Uttarakhand’s long list of Chief Ministers who could not finish their term, resigned after days of speculation about a leadership change in the state amid allegations of non-performance and resentment within the Uttarakhand BJP over his style of functioning. “I was Sangh pracharak and a minister under the leadership of Trivendra Singh Rawat. I am grateful to Prime Minister Narendra Modi, Amit Shah and the national president. I had never imagined this day,” Tirath Singh Rawat said.