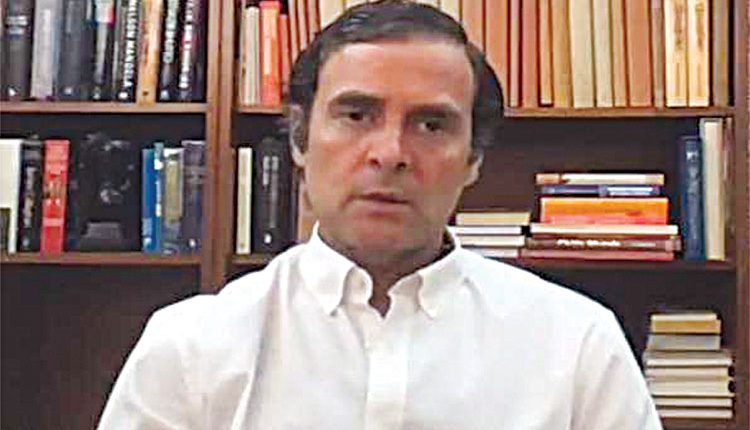 Chennai, Jan 21 (Agency) Former Congress President Rahul Gandhi will launch his party’s campaign for the ensuing Assembly polls in the western belt of Tamil Nadu from January 23 to 25. According to the tentative tour programme of Rahul Gandhi released by TNCC President K S Alagiri here on Thursday, the former AICC President will address a series of meetings in Coimbatore, Tiruppur, Erode, Karur and Dindigul districts.

Mr Rahul will arrive at Coimbatore from New Delhi at 1100 hrs on January 23. After a reception at the airport Chitra-Kalapatti junction, he would interact with representatives of MSMEs for about two hours, which would be followed by a public reception at Avinashi Road and Tiruppur. After paying floral tributes at the Tiruppur Kumaran memorial pillar, he would interact with industrial labour and stay overnight at Tiruppur.

On January 24, he would a reception would be organised at three places in Erode and later interact with the weavers. After another reception at Kangeyam, Rahul would address a public meeting at Dharapuram followed by an overnight stay. On January 25, a reception would be organised at Karur and later Rahul would address a farmers convention. After two public receptions at Karur and Dindigul, he would leave for Madurai from where he board a special flight to Delhi at 1800 hrs.