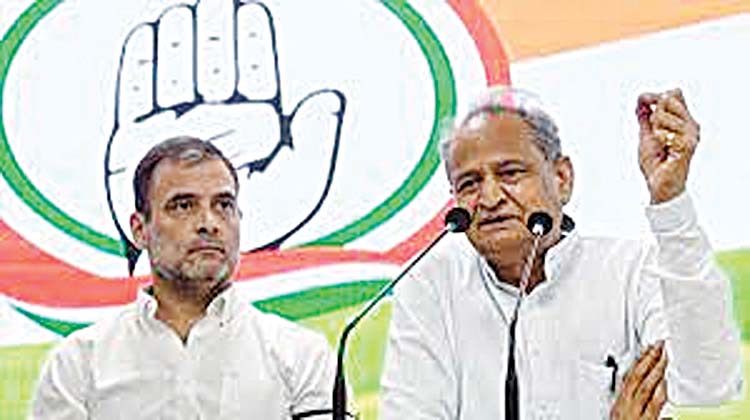 New Delhi, Sep 23 (Agency) Rahul Gandhi has made it clear that he is not going to head the Congress party, Rajasthan Chief Minister Ashok Gehlot said on Friday, and declared that “it is now final” that he (Gehlot) will contest for the post of party President. Gehlot, who met Rahul Gandhi during his Bharat Jodo Yatra in a bid to try to convince him to take the top party post, announced that the former Congress President has said “no” to it. “I requested Rahulji that you should become president, all PCCs are passing resolutions… I tried to convince him but he said we have decided that this time no one from the Gandhi family will be a candidate,” Gehlot said in a tweet in Hindi.“He said he is aware of what people want and respects it… He said they have decided that this time a non-Gandhi should become the Congress president,” said Gehlot.“It is now final that I am going to contest for the post of President,” he added.

“This is about inner democracy of the party. It is a new beginning. “The situation that prevails in the country, it is important for the opposition to be strong. We will leave no stone unturned,” he added.Gehlot, 72, is likely to face Thiruvananthapuram MP and former diplomat Shashi Tharoor, 66, in the Congress presidential election. The notification for the election was issued on Thursday. Nominations will be filed between September 24 and 30. The scrutiny of nominations will be held on October 1. The nominations can be withdrawn till 3 pm on October 8. The list of candidates will be published the same day.If there is more than one candidate, an election will be held on October 17 and the votes will be counted two days later.