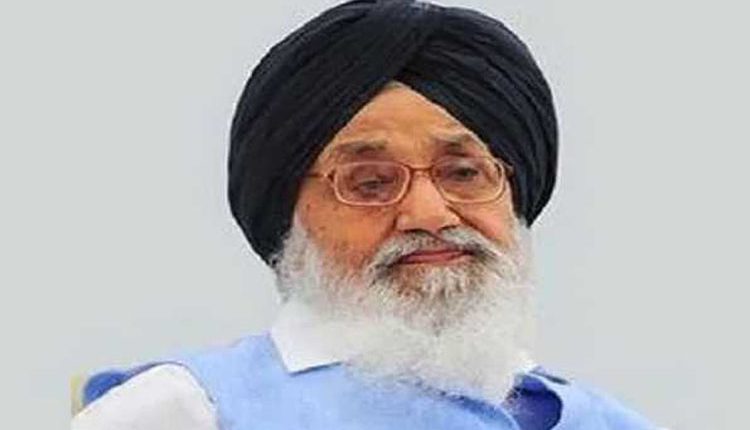 New Delhi, Dec 3 (Agency) Senior Akali Dal leader and former Punjab Chief Minister Parkash Singh Badal on Thursday returned his Padma Vibhushan award to the centre in protest against what he called ‘betrayal of farmers by the Government of India.’ In a letter to President Ram Nath Kovind even as talks between the centre and the agitating farmers are on at Vigyan Bhavan, the veteran Akali leader while returning the award said he was protesting against the ‘shocking indifference and contempt’ with which the government was treating the ongoing peaceful and democratic agitation of farmers against the three farm Acts.