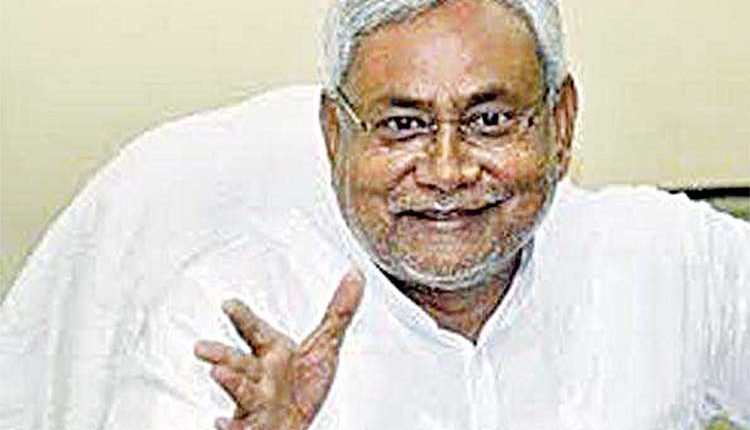 Patna, Dec 02 (Agency) Bihar Chief Minister Nitish Kumar greeted former Deputy Chief Minister and senior BJP leader Sushil Kumar Modi after he filed his nomination paper for the by-election to the lone seat of Rajya Sabha from Bihar today. Mr Kumar, who had accompanied Mr Modi during filing of his nomination papers for the by-election to lone Rajya Sabha seat, told media persons here that Mr Modi had worked with him for long and it was a pleasure to note that central leadership of BJP had decided to send him to Rajya Sabha.

It was a privilege for Mr Modi to have elected to Bihar Assembly, Bihar Legislative Council, Lok Sabha and now he was all set to be elected to Rajya Sabha, he added. ” It is expected that Mr Modi would get the opportunity to serve as minister at the Centre”, Chief Minister said, adding that Bihar had been getting the support of Centre and state would get all the more support with Mr Modi as Minister in the Central cabinet. He had accompanied Mr Modi to extend his greetings to him on the occasion, he remarked.