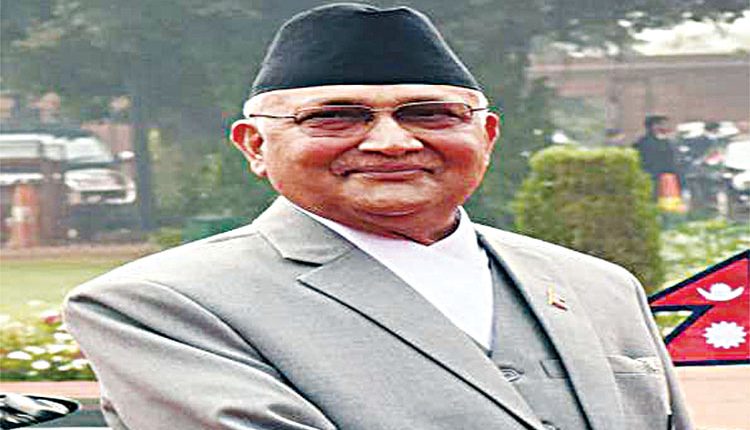 Kathmandu, May 14 (Agency) K P Sarma Oli took oath of office on Friday after being reappointed as Prime Minister of Nepal a day earlier, as other parties failed to form a coalition government to take his place. President Bidya Devi Bhandari administered the oath to Oli and 24 ministers in his cabinet. Oli got reappointed as head of a minority government since other parties had failed to garner a majority of support from lawmakers to form a new government by Thursday evening as set by the president.

On Monday, President Bhandari had called political parties for the formation of a coalition government by 21:00 hrs on Thursday evening after Oli lost a vote of confidence in Parliament. He had got only 93 votes, short of 43 in the 271-member House of Representatives. The Nepali Congress party, the Communist Party of Nepal (Maoist Centre) and a section of the Janata Samajbadi Party failed to manage a majority to form a new government even after a series of negotiations. As a result, Oli was asked for the third time to head the government as he is the parliamentary party leader of the Communist Party of Nepal (Unified Marxist-Leninist) which holds 121 seats in the lower house. Oli will have to win a vote of trust in the house within 30 days as per the Constitution.

DarkSide hackers claim to have stolen 740Gb of data from Toshiba