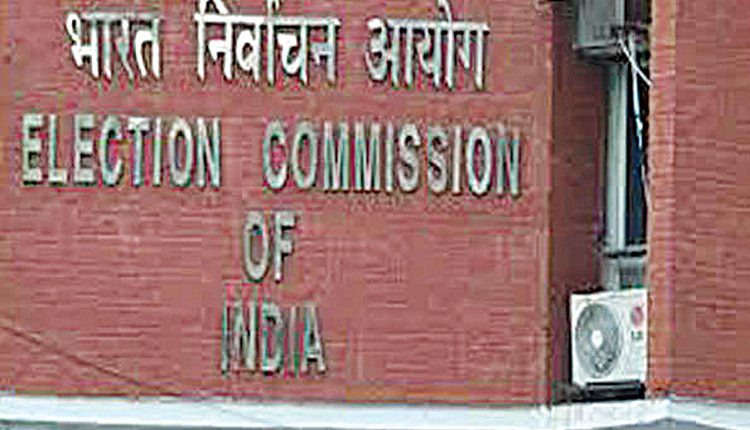 New Delhi, Nov 8 (Agency) The Election Commission on Tuesday declared dates for the by-polls for Khatauli seat in Muzaffarnagar district in Uttar Pradesh which felt vacant as the sitting Bharatiya Janata Party (BJP) MLA Vikram Singh Saini got disqualified after being convicted by a court. As per the schedule announced by the EC polling for Khatauli seat will be held along with by-polls for Mainpuri parliamentary constituency and Rampur Sadar assembly seat on December 5 and the result will be declared on December 8.

It may be mentioned that while Mainpuri Lok Sabha seat felt vacant following demise of Samajwadi Party (SP) founder and patriarch Mulayam Singh Yadav, Rampur Sadar assembly seat felt vacant due to disqualification of senior SP leader and MLA Mohammad Azan Khan after he was convicted in a hate speech case for three years.Earlier, the Uttar Pradesh Legislative Assembly has declared Khatauli seat as vacant as Bharatiya Janata Party (BJP) MLA Vikram Saini has been disqualified after being convicted by an MP-MLA court in connection with riots in Kawal town of Muzaffarnagar of 2013. A notification in this regard has been issued by Principal Secretary Vidhan Sabha Pradeep Dubey. Saini will be considered disqualified from the date of his conviction.

Twelve persons, including Saini, were sentenced to two years imprisonment on October 11and penalty of Rs 10,000 each was ordered, whereas 15 others were acquitted by a local court here in connection with riots in Kawal village in 2013, prosecution sources said. Earlier, a case against 28 named accused was lodged at Jansath police station on August 29, 2013 in connection with communal riots in Kawal village. While 12, including Saini were arrested from the spot, 15 others were arrested after the case was lodged. Saini is the second MLA after Samajwadi Party (SP) leader and MLA Azam Khan from Rampur Sadar seat to be disqualified after being convicted by the court. Azam Khan was disqualified from the membership of Uttar Pradesh Legislative Assembly after being convicted by a Rampur court in a hate speech case.An MP-MLA court in Rampur held Khan guilty of giving provocative speech against Prime Minister Narendra Modi and the then District Magistrate of Rampur and sentenced him to three years imprisonment along with a penalty of Rs 25,000.

US confirms ‘communications’ with Kremlin