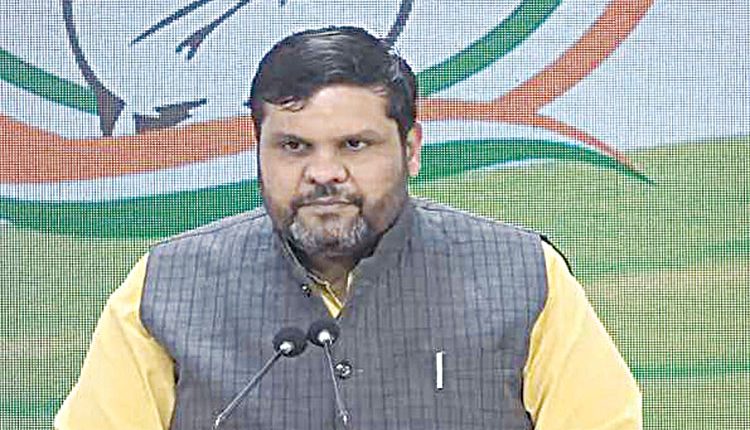 New Delhi, Nov 8 (Bureau) The Congress on Tuesday launched a scathing attack at the BJP-led government at the Centre on six years of demonetisation and claimed that it was independent India’s greatest organised “loot”. The grand old party also demanded a “white paper” from Prime Minister Narendra Modi on demonetisation besides plans for MSMEs and unorganised sector which it claimed had suffered post-demonetisation. The Congress also asked the PM about his government’s plan to generate employment which it said was affected post-demonetisation. “The greatest organised loot in the history of India was done by the government on November 8, 2016 through demonetisation. Today, is the sixth anniversary of demonetisation, Modi ji why don’t you come out with a ‘white paper’ on it. We want to understand what we had achieved and what we had lost, ” Congress spokesperson Gourav Vallabh said at a press conference at the party headquarters here.

Attacking the PM, Vallabh said, “Modi ji what you had achieved by this demonetisation, highest employment and finishing the MSME sector forever . You had promised that black money will come. Instead of black money, poverty had come into India.” “GDP is constantly falling post- demonetisation. Terror activities, fake notes are constantly increasing post- demonetisation. India’s corruption index is also deteriorating,” he claimed. The PM should accept that demonetisation was the epic failure that led to the fall of the economy, Vallabh said.”You (Modi) made the economy weak through demonetisation,” the Congress spokesperson said. He further asked what is the plans for MSME and unorganised sector which had suffered from post-demonetisation, besides employment generation.

Guru Nanak’s teachings beacon of light to the world: PM