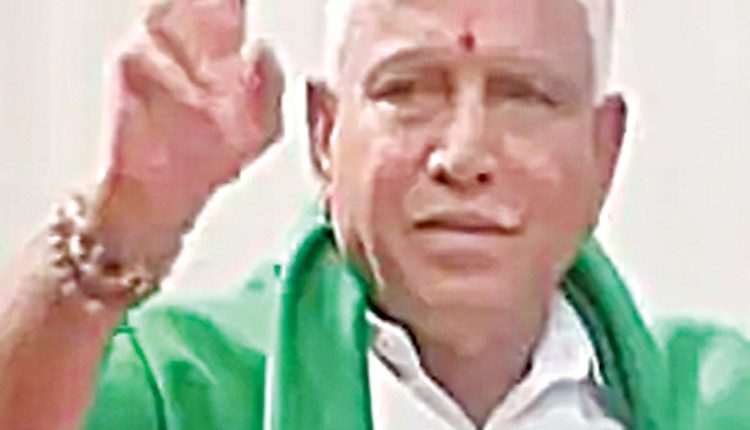 Belagavi, Jul 25 (Agency) Appraising the good governance of BJP in the state, Chief Minister B S Yeddiyurappa on Sunday said that the party will come to the power once again in the state, no doubt about it. Speaking to newsmen here after visiting flood affected places in the district he said, “We are all soldiers of the party and respect the words of high command, we will work for the party to retain power in the state.

CM said the party has given him everything in his life and thanked Prime Minister Narendra Modi, Home Minister Amit shah and BJP National President J P Nadda. No one can stop BJP from retaining power in the state, Yeddiyurappa said. After detailed discussion with the ministers and legislators of the district over the damages during the floods, the government will release funds immediately for the relief works, Yeddiyurappa said. He said that in all 113 villages affected in the floods and more than 8900 people have been shifted to relief camps providing all necessary facilities including food for them in 89 relief centers.

More than 200 NDRF, SDRF,police and fire force personnel have been deployed in to rescue operations and 208 persons have been rescued in the district, he added. Chief minister said the state has enough funds for the relief works and it will also sought central government funds after submitting assessment of damages during the floods. If possible he will visit to Karwar tomorrow to oversee the relief works, he added.