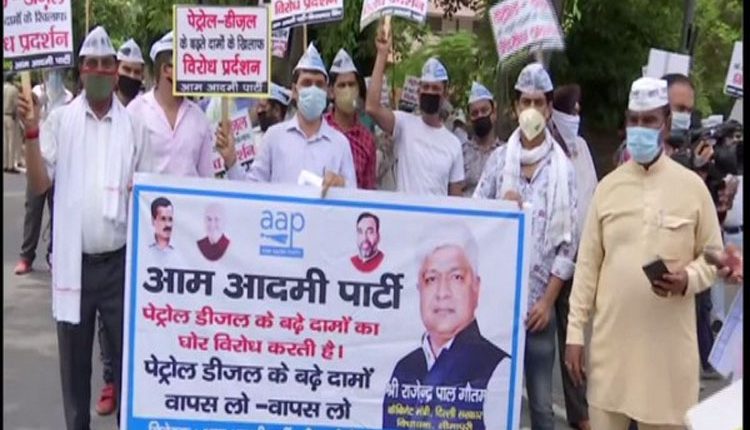 Aurangabad, Feb 4 (Agency) The activists of Aam Aadmi Party (AAP) on Wednesday staged an agitation in front of the district collector’s office here to protest against the BJP-led central government’s decision to hike fuel prices continuously. They also demanded to slash rates of cooking gas cylinder by 25 per cent.

AAP workers, led by city president Dr Subhash Mane, held agitation by chanting slogans against the (Narendra) Modi-led government for its failure to control the fuel prices and thereby compounding the troubles of the common people. During the previous Dr Manmohan Singh-led government, despite the sharp rise in crude oil prices, it did not let the burden fall on the state government. But now the central government has been increasing the prices to fill the government’s coffers, they charged.