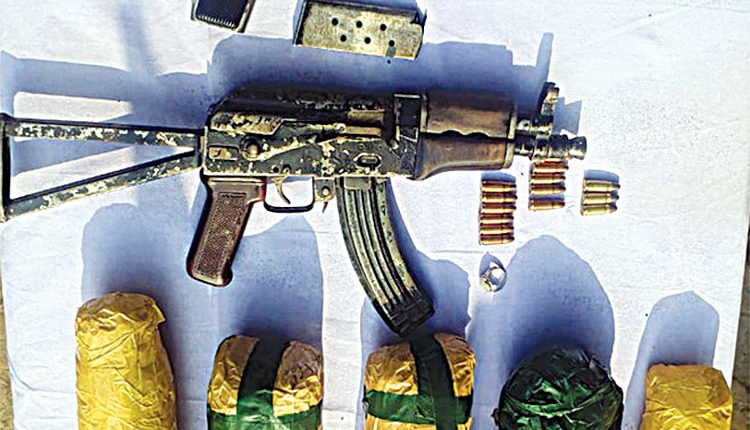 Hoshiarpur, Feb 4 (Agency) The CIA staff arrested two persons, including a gangster, and seized 250 gram heroin, two cars and two pistols along with six live cartridges from them. In a release here Wednesday evening, Hoshiarpur SSP Navjot Singh Mahal stated that a police team of local CIA staff led by Inspector Shiv Lal intercepted a car at Adda Mandiala on Hoshiarpur-Jalandhar road. During personal search of car occupant identified as gangster Amritpal Singh of Rajowal, police seized 250 gram heroin, one pistol along with three live cartridges from him.

On the revelation of the name of Aman Rana of local Narian Nagar by gangster Amritpal Singh, police arrested the former and recovered a car and .32 bore pistol along with three live cartridges from him. Mr Mahal said that gangster Amritpal Singh was already wanted in 11 kg heroin case for which an FIR was registered against him in Shahkot police station (Jalandhar). A case under relevant sections of the IPC and of the NDPS Act had been registered in Bulhowal police station against the accused.