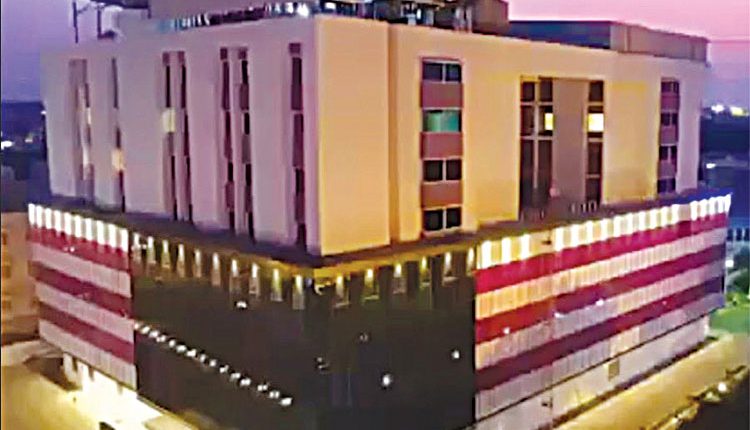 Suganya (name changed), the mother of a three-year-old girl, got pregnant for the second time at 28. Her first child came from a Caesarean section. Her ultrasonography during her second pregnancy showed a normal growth pattern and no visible defects in the baby. The first hiccup came when the treating clinician found an anomaly in the placental position. The placenta breaching the inner layer of the uterus and sticking to its entire thickness. This meant that the placenta could not be delivered normally after the baby saw the light of the world, and the mother was suddenly facing a life-threatening situation in the form of haemorrhage and severe morbidity. This clinical challenge is commonly known as a Placenta Accreta Spectrum (PAS).

A rare effect of Caesarean sections, PAS, is a condition when the placenta occasionally experiences growth outside the uterus. It also reaches and invades the surrounding organs like the urinary bladder and ovaries. This means that after the baby is delivered, the placenta does not deliver normally, and manually removing it exposes the mother to life risk. The condition could happen in women who have a history of a prior Caesarean section, surgery of the uterus, and if their placenta covers the cervix (called placenta previa). The condition, which was rare previously, is slowly gaining incidence because Caesarean section rates are escalating because of a number of factors. The first thing that influences a mother’s choice to go for a C-section is a fear of psychosis and a deep-rooted desire to avoid the ‘pain of childbirth’ at different stages of the pregnancy. Underlying medical conditions, risks of miscarriage, and the position of the baby also influence the decision. Normal delivery is always the preferred option as long as it does not compromise the health of the mother and the baby. C-sections result in more pain, blood loss, and delay in resuming routine work.

Despite every precaution, when a mother does face the risk of PAS, where could she find the best gynaecologist? Being from Coimbatore, she started searching online, she found that some of the best gynaecologists in Coimbatore were in Sri Ramakrishna Hospital. Suganya connected with the hospital’s multi-disciplinary team from the gynaecology department. She was immediately put under observation as the pregnancy became a high-risk one. She was monitored, and the delivery date was well-planned. The hospital’s skilled radiologist, Dr. Muthuraj, saved the scenario. On the day of delivery, Suganya was wheeled into a cath lab to have a catheter with an occlusive balloon fixed into the uterine artery through the thigh vessels and then shifted to the operation theatre. A Caesarean section was carried out, and a baby boy was delivered safely. Then, the uterine arteries were occluded by inflating the balloon. Since placental delivery was not possible, a hysterectomy was done with the placenta in situ. The family was counseled about the procedure. The team’s expertise averted the risks of immense blood loss and morbidity. Later, the catheter was removed from the uterine artery. Sri Ramakrishna Hospital is a technologically sound and advanced medical sphere with a world-class team of the best gynecologists who meticulously plan and execute them for one of the highest success rates in the country. It has a state-of-the-art cath lab with skilled personnel, which are available 24/7 to alert the obstetric team in case of emergencies. The doctors are some of the best gynaecologists in Coimbatore and have years of experience, which allows them to tailor-make plans for each patient, according to her needs, irrespective of the time of referral, early into the pregnancy or late. Thanks to their grueling efforts, maternal morbidity has been significantly reduced. Mothers with an inherent fear of the “pain” that childbirth brings are taken care of by a dedicated group of anesthetists who stabilize the patient.

For the many other Suganyas who may face a similar situation in the future, protocols are set in place, and the team goes ahead with an effective discussion regarding the management of the patient. Suganya, who was initially scared, now happily narrates her pleasant experience to her friends. Patient satisfaction is at the forefront of Sri Ramakrishna Hospital’s priorities. The hospital has modern infrastructure with all modern gadgets, which aid in timely and precise control over any situation. A well-designed operation theatre in accordance with global standards and effective vigilance in postoperative monitoring, early ambulation, and physiotherapy are the reasons why expectant mothers should choose Sri Ramakrishna Hospital. This also ensures that the hospital stay is short, and mothers can resume their normal routine quickly, which benefits them in the long run. The advanced cath lab reduces radiation exposure to a great extent.

The gynecology department of Sri Ramakrishna Hospital has a referral tertiary care center for maternity services, which caters to high-risk pregnancies with a high dependency unit. It boasts of a state-of-the-art labor room with birthing suites that are capable of salvaging preterm babies of 26-28 weeks. The baby-friendly environment empowers the bond between the patient and doctors. The dedicated daycare services ease a client’s turnover. Conventional and advanced endoscopic surgeries are undertaken with meticulous care, and Sri Ramakrishna Hospital is a one-stop solution for any feminine ailment for any age. Sri Ramakrishna Hospital’s gynecology department has many milestones under its belt. What started as a single doctor department in the 1970s grew into a world-class women’s health service center with a dedicated team of doctors serving the ailing around the clock. Its ART services commenced in 1990 when minimally invasive surgeries like laparoscopy and hysteroscopy started in the hands of well-qualified personnel. Its comprehensive antenatal care with risk stratification added to the glory, and the women’s wellness program uplifted the overall health of women. Its postgraduate training program conducted by a national board inducts and facilitates many youngsters every year.

For any query regarding PAS and the associated health effects, women should connect with the team, which comprises Dr. R Lalitha, the head of the department and consulting gynecologist, Dr. M Banumathy, the academic HOD, Dr. M Kanmani, and Dr. S Divya – All experts in their respective fields.

About Sri Ramakrishna Hospital
Sri Ramakrishna Hospital has attained an iconic reputation since its inception in 1975. Situated on 18 acres of land right in the heart of Coimbatore city, this hospital has in many ways become a part of medical history. In fact, it has been an integral part of the healthcare revolution of modern India. Established and run by the SNR Sons Trust, Sri Ramakrishna Hospital treats thousands upon thousands of patients each year. From the most advanced oncological procedures to treatments for everyday ailments, they bring relief to patients from all walks of life using state-of-the-art technology and cutting-edge surgical and medical techniques to deliver outstanding outcomes.