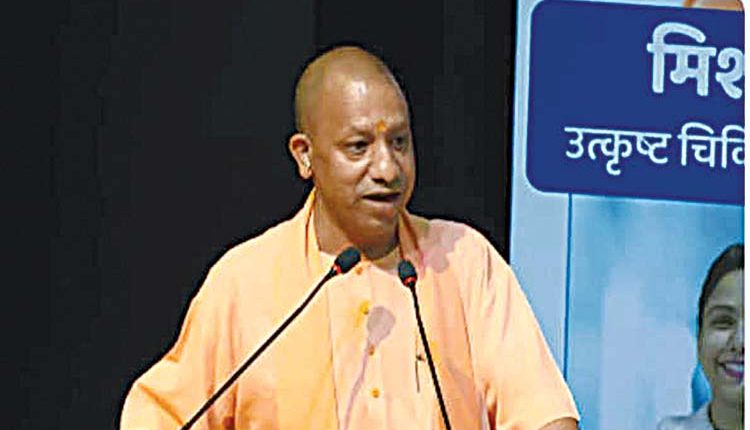 Lucknow, Oct 8 (FN Agency) Chief Minister Yogi Adityanath on Saturday termed nursing and paramedical as the ‘backbone’ of the healthcare system and said that just as the IT industry was regarded as the prime sector for career in the 1990s, the nursing and paramedicine fields are currently full of employment opportunities. Launching ‘Mission Niramayah’ for the comprehensive reform of the Nursing and Paramedical Sector on SGPGI premises in Lucknow, the CM said, “This is a field which is always in demand right from one’s birth till death. Not only this, this sector is a great example of security, respect and self-reliance of women. “He said, “For the progress of any civilized society, a strong health and education system is a must. However, these areas were ignored for a very long time. No attempts were made to advance a field like nursing, without which better medicine is not possible. But now under the guidance of Prime Minister Narendra Modi the state government is starting ‘Mission Niramayah’ for multidimensional reforms in this most important area,” he said.

Yogi said that while this mission would contribute to the growth of institutions and increase in seats in the state, necessary efforts would be made for the employment of youth by improving the quality of training provided in institutions.Congratulating the Department of Medical Education on ‘Mission Niramayah’, the CM said, “Our goal for the mission’s initial phase is to have enough nurses and paramedics to meet national standards, and that for the second phase is to meet the standard of the World Health Organisation. “Meanwhile, Memoranda of Understanding (MoUs) were signed between 5 training institutes and 5 reputed hospitals for the employment of youth on the occasion.Emphasising on the need to improve the quality of institutions, the CM said that out of the 1.02 lakh applications received for 4,700 nursing staff positions, only 3 per cent candidates were successful. “The country, which was once a global leader, was compelled to imitate other nations since there was no attempt to reform the sector.

However, a programme to improve the state’s health and medical education system was started in 2017 under the Prime Minister’s supervision and this Mission Niramayah is a part of that chain,” he said. Stating that many of the state’s institutes are doing good work, Yogi said, “Twelve of these institutes have been chosen to serve as mentors. These institutions will instruct other nursing schools on how to improve. Additionally, an agreement for grading institutions has been signed with the Quality Control of India. Every institution will undergo quality certification. UP will offer the top nursing and paramedical training programmes,” he said. On this occasion, the CM also inaugurated the examination control room and said that the process of recognition of new institutes has been simplified and every institute which meets the standard will be recognised through a simple process.