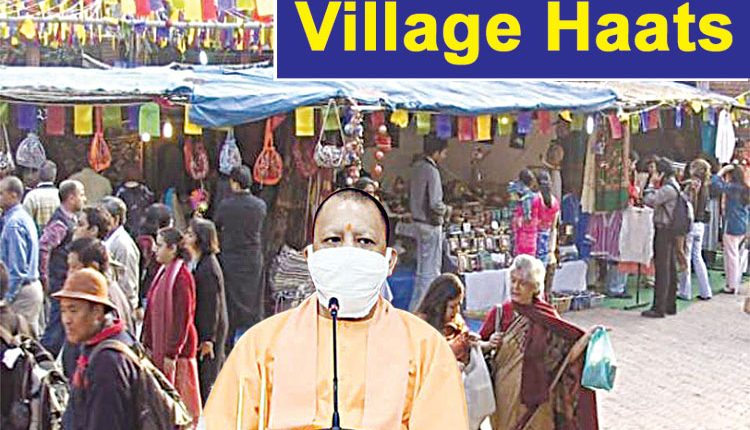 Lucknow, Feb 4 (FN Agency) The Yogi Adityanath led Uttar Pradesh Government has announced to set up ‘Village Haats’ and ‘Rural Markets’ as an initiative dedicated to farmers’ welfare and growth. The Government has reiterated its resolve to double the income of farmers by providing the small and medium scale farmers market opportunities close to their residential areas. CM Yogi has issued directives to the Mandi Parishad to set up 53 ‘rural haats’ and markets across the state.

These rural markets being built at a cost of Rs 25 crores, will provide every facility to the farmers. The provision of village haats by the state government will not lead the farmers to struggle to the city markets to sell their crops. This initiative represents CM Yogi’s vision of making the farmers self-reliant by connecting them to better trade facilities where their crops will get a better market price comparatively, officials here on Thursday said. With the availability of markets near the villages, the farmers will also be able to buy all the things they require. It will also lead in reduction in cost of transporting the produce to distant markets and will save a considerable amount of time for the farmers.

The farmers will be able to sell all kinds of crops including vegetables, grains and fruits in these markets. There will also be a provision of Drinking water and Restrooms. Apart from this, the facility of rain and sun protection to the crops will also be provided. The Government will also monitor the facilities being provided to the farmers at the local levels The Mandi Parishad has begun its work in order to set up these Haats at the directions of the State Government. These markets are expected to be operational in the coming few months. In order to boost overall economic development of the state, the UP Government has also taken measures to include all the neglected and backward regions of Purvanchal in this scheme. This Step of the UP Government will also encourage the farmers to imbibe the mantra of ‘self reliance’ as it will decrease their dependency on traders and middlemen for selling their crops, officials addded. Apart from laying down the plan for 53 rural markets, the government is also working on a plan to build rural markets in other areas of western Uttar Pradesh.