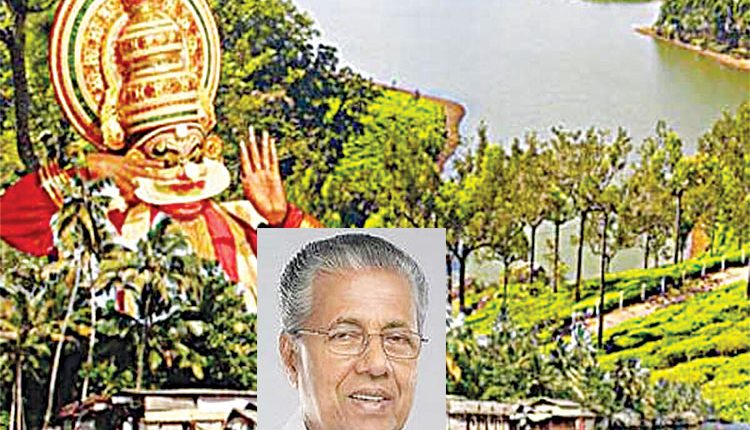 Thiruvananthapuram, Feb 4 (FN Representative) Asserting that Kerala is resolved to build a strong and diversified manufacturing sector, Chief Minister Pinarayi Vijayan has called upon industry leaders to become partners in the state’s onward journey by making use of immense opportunities and the conducive ecosystem it offered. Addressing the Special Industry session before concluding the three-day Kerala Looks Ahead global Conference and Consultation hosted by the State Planning Board, he said the state would consider setting up an Export Promotion Council for global marketing of its products. Ratan Tata, Anand Mahindra, Azim Premji and Ms Kiran Mazumdar Shaw were among the industry honchos who joined the session, which was a key segment of the virtual conclave that saw thought leaders from diverse sectors sharing their perspectives to help the state in its ambitious journey towards a knowledge economy.

“We aim to nurture a vibrant entrepreneurial society in Kerala. It will form the backbone of the State’s future economic growth, which will be inclusive, ecologically sustainable, and driven by knowledge and innovation,” the Chief Minister said while addressing the session on Wednesday. “This Conference has also been an occasion to announce to the world Kerala’s resolve to build a modern industrial sector, harnessing the skills and enterprise within the State. We invite you all to be our partners in this exciting process of building a modern economy and society in Kerala,” Vijayan said. Noting that growth of the productive forces in Kerala will be based on application of science and technology to agriculture and industry, he said the state has its task set for the next five to ten years of ensuring sustainable, environment-friendly economic growth, and high levels of skill development and decent employment. Globally, manufacturing is becoming more automated and knowledge-intensive, with the advances in what is described as ‘Industry 4.0’.

While this raises concerns about employment generation, Kerala is better equipped than most other states in dealing with the new challenge given its abundance of educated and skilled workers, a long history of entrepreneurship, and exposure to the wider world, he said, adding that the state would consider setting up an Export Promotion Council for global marketing of its products. The state has some of the best educational and technical institutions in the country and a thriving Information Technology (IT) sector with a string of IT parks. The state is also stepping up agricultural production and a big revival of food and fishery-based industries is on the cards, besides becoming a pharmaceutical, biotechnology, medical equipment and Life Sciences hub. Referring to the big expansion project launched by BPCL-Kochi Refinery to acquire the largest refining capacity in the public-sector, he said this will throw up new investment opportunities in a wide range of downstream industries in petrochemicals and specialty chemicals, including in the manufacture of plastics, polymers, fibers, and personal and homecare products.

Kerala State Industrial Development Corporation (KSIDC) is also setting up a petrochemical complex in Kochi, which will further widen the scope for downstream units. The first priority of this government, which took office in May 2016, was to consolidate and deepen the gains of the State in different spheres of human development, the Chief Minister said. Kerala’s relative success in the handling of the COVID-19 pandemic has attracted international attention. In particular, the State has received praise for its effective health services, efficient governance mechanisms, and for its strong social institutions, he said. Kerala’s economy has been growing at a pace faster than the national average. In 2017-18, per capita income of Kerala was 55.2% higher than the Indian average. The main engine of Kerala’s economic growth has been the services sector. It is important to note that the services sector in Kerala has been riding on the State’s achievements in human development, and also from the connections that Kerala has had with the wider world from historical times.

We believe that Kerala’s achievements in health and social sectors could form the springboard for the State’s successful entry into a range of knowledge-based and innovative industries. Prof V K Ramachandran, Vice-Chairperson, State Planning Board, welcomed the participants and Dr Jayan Jose Thomas, Member, Planning Board, proposed the vote of thanks. The conference opened on February 1 with Nobel Prize winning economist Prof Joseph E Stiglitz and Dr Soumya Swaminathan, the Chief Scientist at WHO, delivering key-note addresses. The meet has covered nine core themes of special reference to Kerala’s economy and society.