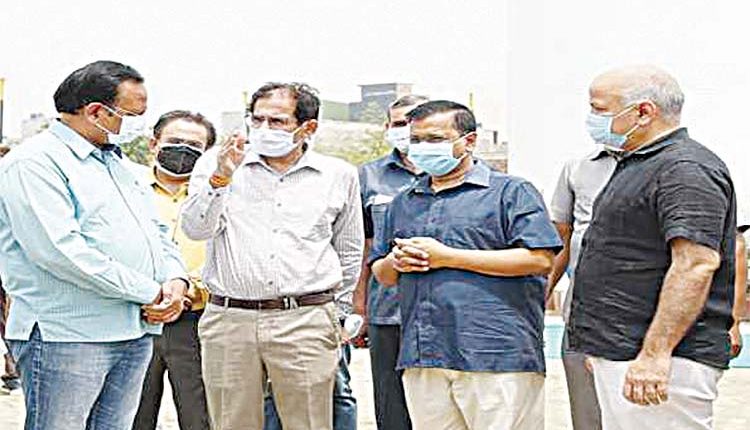 New Delhi, Jun 10 (FN Bureau) Chief Minister Arvind Kejriwal on Thursday said the Delhi government has installed three oxygen storage plants of 57 metric tonnes (MT) each, with a total capacity of 171 MT, as work was done on a war footing. While visiting the oxygen generation centre in Siraspur where one such has been installed, Mr Kejriwal said oxygen facilities are being created at various places in Delhi so that people do not struggle in case a third wave emerges.

He said 19 more plants are to be inaugurated within a day or two.’Visited Oxygen Storage Centre at Siraspur today for future preparations. A cryogenic tank of 57 metric tonnes of oxygen storage capacity is being installed here, along with an oxygen generation plant with a production capacity of 12.5 tonnes per day,”Mr Kejriwal tweeted. “We have already installed 3 oxygen storage plants till now of 57 MT each, total capacity 171 MT. Work done on a war footing. Grateful to all those who made it happen.”

During the peak of the second wave of COVID-19 infection, a very severe crisis of medical oxygen occurred in the national capital which was totally dependent on the other States and Centre for the life-saving gas, being a non-industrial zone. Dozens of patients on ventilator support allegedly died as the oxygen pipeline in some hospitals dried for a while. Many people ran pillar to post for oxygen bed and cylinders and even left SOS messages on social media. The situation was later managed after the High Court as well as Supreme Court intervened and asked the Centre to provide the required oxygen. But the crisis forced the government to make proper arrangements for producing and distributing medical oxygen as several experts have predicted a third wave of COVID-19 infection in the coming months.