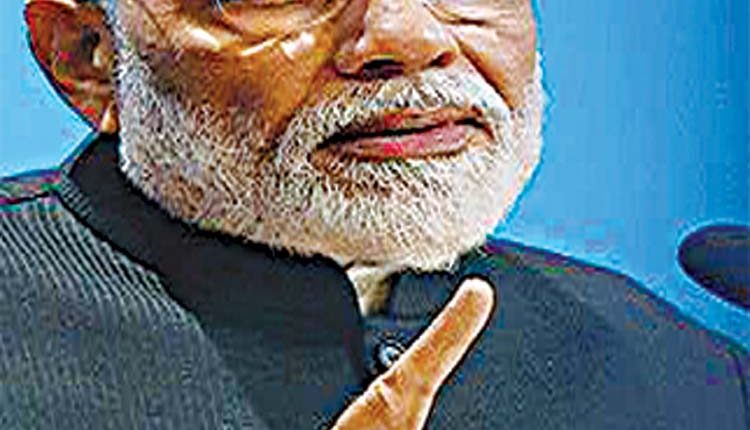 New Delhi, Dec 1 (Mayank Nigam) India’s G20 Presidency will work to promote the universal sense of one-ness, Prime Minister Narendra Modi said in a blog on Thursday adding that India’s G20 agenda will be inclusive, ambitious, action-oriented, and decisive. “Confrontation and competition – between ideas, ideologies and identities – became the norm. Unfortunately, we remain trapped in the same zero-sum mindset even today. We see it when countries fight over territory or resources. We see it when supplies of essential goods are weaponised. We see it when vaccines are hoarded by a few, even as billions remain vulnerable,” he said penning a blog as India assumed presidency of G20. The Prime Minister refused to accept that confrontation and greed are just human nature.

“If humans were inherently selfish, what would explain the lasting appeal of so many spiritual traditions that advocate the fundamental one-ness of us all ? One such tradition, popular in India, sees all living beings, and even inanimate things, as composed of the same five basic elements – the panch tatva of earth, water, fire, air and space,” he said. “Harmony among these elements – within us and between us – is essential for our physical, social and environmental well-being. India’s G20 Presidency will work to promote this universal sense of one-ness. Hence our theme – ‘One Earth, One Family, One Future’,” the Prime Minister added. The Prime Minister once again spoke against war and conflict stressing on the need to address global challenges like climate change, terrorism, and pandemics. “Today, we do not need to fight for our survival – our era need not be one of war. Indeed, it must not be one !

Today, the greatest challenges we face – climate change, terrorism, and pandemics – can be solved not by fighting each other, but only by acting together,” he said. The Prime Minister said that India has the oldest-known traditions of collective decision-making and thereby the country “contributes to the foundational DNA of democracy.” “As the mother of democracy, India’s national consensus is forged not by diktat, but by blending millions of free voices into one harmonious melody,” he said. Modi further said that India’s experiences can provide insights for possible global solutions. During our G20 Presidency, we shall present India’s experiences, learnings and models as possible templates for others, particularly the developing world, he said. “Our G20 priorities will be shaped in consultation with not just our G20 partners, but also our fellow-travellers in the global South, whose voice often goes unheard. Our priorities will focus on healing our ‘One Earth’, creating harmony within our ‘One Family’ and giving hope for our ‘One Future’,” he added.

He said that India will encourage sustainable and environment-friendly lifestyles, based on India’s tradition of trusteeship towards nature for healing the planet. “For promoting harmony within the human family, we will seek to depoliticise the global supply of food, fertilizers and medical products, so that geo-political tensions do not lead to humanitarian crises,” he added. Modi said that India will encourage an honest conversation among the most powerful countries – on mitigating risks posed by weapons of mass destruction and enhancing global security for imbuing hope in our future generations. Let us work together to shape a new paradigm – of human-centric globalisation, he added.