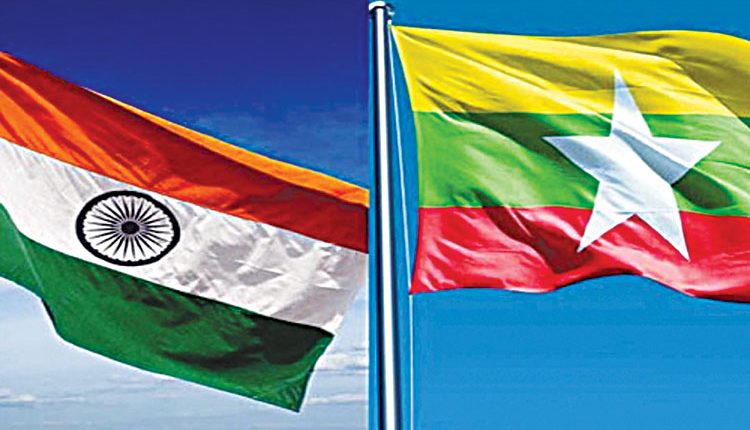 New Delhi, Nov 26 (Bureau) The government is paying attention to the border states and the north east has seen growth and better connectivity, said Union Minister of External Affairs Dr S Jaishankar while witnessing the tourism festival here on Saturday. Our border states should be secure and work with our neighbours for the betterment of both parties, he added. From December 1, India will take over the Presidency of the G 20 and India wants the Presidency to be different, he added. “We want it to be celebrated and participated in by the entire country,’ the minister said. Tourism is an untapped industry in the country and Manipur will be part of the various works taken up by the External Affairs ministry, he added.

Addressing another meeting with business communities, he said, India is trying to improve trade relations with Myanmar and Bangladesh. Better connectivity will increase trade activities, he added. India and Bangladesh after the boundary land agreement have better land and water connectivity. Both countries are trying to ensure obstacle free movement of goods at the border and use the ports mutually. The government is pushing three Ts, Technology, trade and tourism, he added. Dr Jaishankar also interacted with students and faculties of various Universities and he spoke about the effort of the government to make friends and build relationships . “As in sports we need to understand the playing field well, appreciate the hurdles and we should train and prepare ourselves to overcome the challenges. We have to make friends and make ourself secure, he added. Whether it is procurement of weapons or technology everything has to be in sync with the policies of the involved parties, he added . The world today is a competitive playing field. There are about 34 million Indians living abroad and the world should be considered as a workplace not a market, he added. “If our country maintains the right relationships we can accelerate our growth, the minister stated.

During the Covid pandemic, India brought about 7-8 million people and we managed to administer two billion shots every year, he also said. India government has become a model in terms of digital delivery. Digital revolution has maximized the opportunities, he further stated. He also spoke about developing connectivity, better health care systems, trade, food, economy and export of goods and services. “India’s North East is fulcrum to a larger region,” the minister said. India is also pushing for mobility and migration partnership agreements with UK, France and such agreements will be taken up with other countries. Union Minister of State for External Affairs Dr.R.K.Ranjan said Manipur is organically developed and youngsters have developed a brand name for themselves. It is PM Modi’s agenda that Ministers should regularly visit the North East to ensure delivery of services, he said. Manipur Education Minister Th.Basantakumar said that India’s Foreign policy has been one of the most successful and laudable one in recent years.