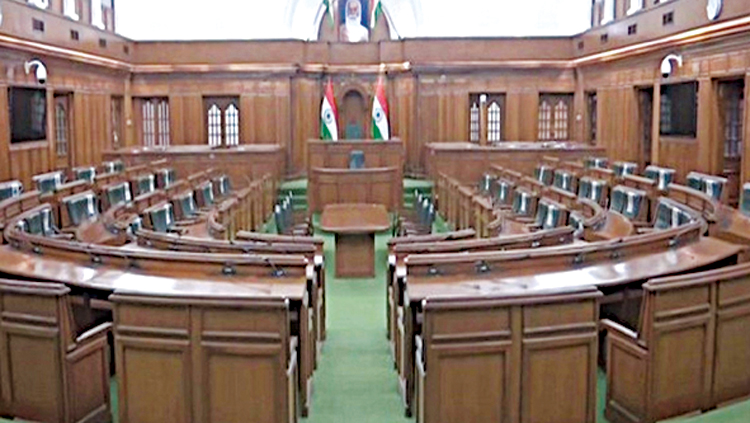 New Delhi, July 5 (UNI) The Delhi Legislative Assembly on Tuesday passed a censure motion against the Centre’s letter to Delhi Government seeking permission to demolish 53 temples in the national capital. Aam Aadmi Party (AAP)’s Chief whip Dilip Pandey introduced the censure motion against the Centre’s letter which was unanimously voted in favour by party MLAs. The senior AAP leader in the assembly slammed the Bharatiya Janata Party (BJP)-led government at the Centre for writing the letter and said that the demand exposes the hypocrisy of the saffron party.

“This is what happens when those in power believe that they can do whatever they want. These are temples that belong to Shri Ram, Shri Krishna, Durga Mata, and Sai Baba – and these are not just a few temples, but 53 of them in total. This exposes the hypocrisy of the Bharatiya Janata Party (BJP). Of late, the BJP has tried to tell the Hindus of this country that they are ‘true Hindus’ only if they are part of the BJP. But then they write a letter asking for permission to break down temples,” he said.

“This house vehemently condemns the BJP and the central government and urges the BJP to spare our faith and temples alone and not subject it to their lust for corruption,” AAP MLA Atishi said Two weeks ago, the Land and Development Office of the Union Ministry of Housing and Urban Affairs, had sent a list of 53 temples to the Delhi government seeking approval from the Religious Committee for their demolition. From the Centre’s list, 19 of the temples are located in Kasturba Nagar, 10 in Netaji Nagar, eight in Sarojani Nagar, seven in Sriniwaspuri, five in Thyagraj Nagar, three in Nauroji Nagar and one in Mohammadpur area in the city.