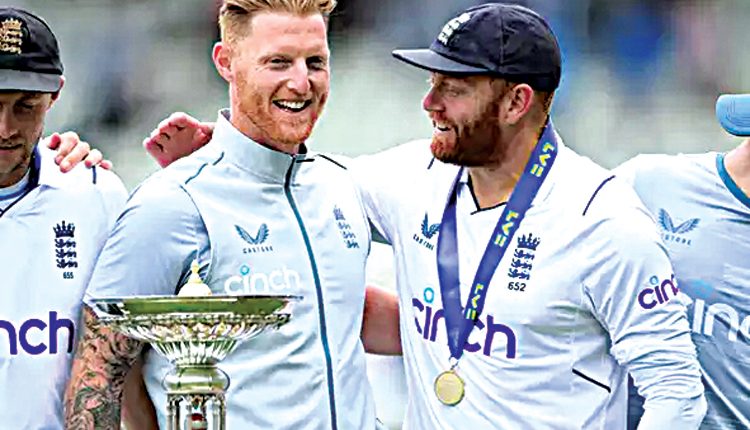 New Delhi, July 5 (Agency) Following a sensational Test victory in Edgbaston – England’s highest ever run chase – captain Ben Stokes hailed his team’s efforts to secure series parity against India in such emphatic fashion, and reckoned this new approach to the long form cricket from his team was here to stay. England didn’t just do the unthinkable – chasing 378 – but did it with the sort of nonchalance that dwarfed the enormity of their achievement.

It’s taken a little over an hour and a half on the fifth morning for England to waltz to their highest ever run chase in Tests as Root and Bairstow humbled India on their way to exceptional centuries. This was Root’s fourth of the series and Bairstow’s sixth of the calendar year. With this England secured a series-levelling victory as India’s bowlers just couldn’t find a way to break through. England’s fourth-wicket pair carried on in the same vein as they did in the final session of Day 4, stamping their authority in a boundary-filled morning session that saw them hit the remaining 119 runs off just 19.4 overs. India struggled for control and ended up conceding a 100-run stand to the openers by just the 20th over. Even as Jasprit Bumrah and Mohammed Shami – India’s two fast bowling stalwarts couldn’t shake the openers, it was the third and fourth seamers – Mohammed Siraj and Shardul Thakur – who were comfortably scored against.