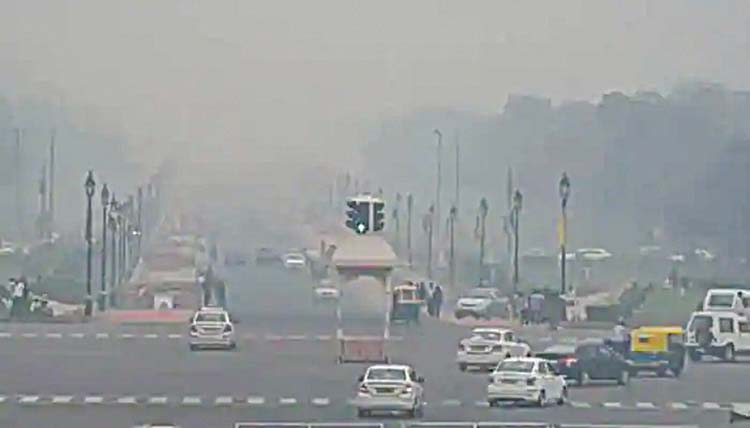 New Delhi, Nov 7 (FN Agency) The air quality in Delhi and NCR continued to remain in the “very poor” category as the Air Quality Index (AQI) stood at 357 on Monday at 10 AM. Meanwhile, the PM2.5 level in the national capital reached 155 in a “very poor” category, the PM10 level in Delhi was recorded at 255 both which is. “poor’ category , as per data from the System of Air Quality and Weather Forecasting And Research (SAFAR). The incident of stubble burning contributed 18 percent of the PM2.5 pollution in the capital on Saturday, data for SAFAR showed.

The National Capital Region also continued to breathe the polluted air as Noida recorded an AQI of 356, in the “very poor” category, while Gurugram’s AQI at 364 also continued to remain in the “very poor” category. “The air quality is likely to deteriorate but remain in the very poor category from November 8 to November 9,” it stated in a press release, adding that the forecast for the subsequent six days is likely to remain in the ‘Very Poor’ category. After the air pollution in the capital improved marginally to the “very poor” category , the Commission for Air Quality Management (CAQM), directed authorities to lift the curbs. The authorities on Sunday suspend the ban on non-BS VI diesel-powered light motor vehicles and truck entrances into the city imposed under the last stage of the Graded Response Action Plan.