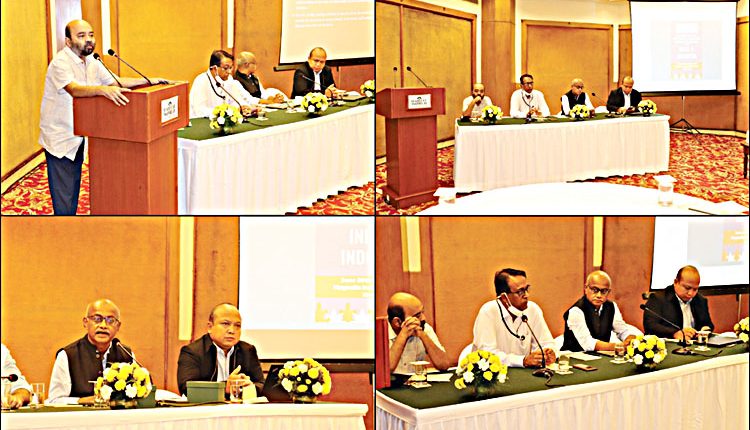 New Delhi, June 20 (Agency) The Centre for Global Affairs and Public Policy on Monday hosted a round-table conference on “G-20, the Indo-Pacific and the Regional Economic Order: Collaborative Synergies between India and Indonesia”. Organised at the India Habitat Centre, the event featured two sessions addressed by a panel of policy experts from India and Indonesia Speaking at a session titled Exploring Synergies in the G-20, Tauhid Ahmad, Executive Director – INDEF, Jakarta, pointed out that data protection in Indonesia is a major issue and the government needs to come up with a cohesive policy to tackle the same. He also said that Indonesia stands for a comprehensive partnership with India. Pranav Kumar, Chief – International Trade Policy Division, CII, said, “G20 is important for India as it is the oldest engagement group. It is also a multilateral forum core agenda of trade management.

With India’s merchandise export up to billions, the country has good agenda to move forward with WTO. The Geneva Package of agreements has also given WTO a good agenda going forward.” He also highlighted India’s role in tackling the climate crisis and called for more cohesive steps towards Climate and Debt Financing. He spoke on global technological divide, which needs to be taken care of with focus on building digital literacy and its access to the people worldwide. The Roundtable reflected on the far-reaching changes that have taken place in the regional architecture in terms of emergence of new constructs like the IPEF; its engagement with the priorities of the G20; and the crucial role that India and Indonesia can play in contributing to the IPEF and G20 agendas.Amitendu Palit, ISAS, NUS, Singapore, pointed out that the G20 presidency was going to be held by a line of emerging economies, including India, in the coming years. This gives emerging economies a unique opportunity to shape the global agenda, he noted.In the Second Session tilted: Indo-Pacific Economic Framework: A New Promise?, Amitendu, Tauhid Ahmad and Yashodhara Dasgupta from the US-India Business Council, New Delhi, participated in a panel discussion on different aspects of the Indo-pacific Economic Framework (IPEF). Ahmad stressed that members of IPEF have a more clear vision regarding the agenda of the framework concerned with economic and geo-strategic regional security. The Panelists spoke about the key role the United States of America must play to stabilise IPEF. According to Yashodhara, “IPEF Puts India at Centre table. US and India are at Prime stage and there is immense room for digitalized growth.”

Amitendu said, “While US will play a pivotal role in IPEF, one needs to keep in mind China’s influence on the region. We have to have a robust policy that will take into consideration the economy and security of the region.” He emphasised on the challenges faced in global supply chain and how IPEF needs to work in strengthening the methods of sustainable farming. “IPEF will strengthen the Indo-Pacific region and cross-border stability,” he added. Highlighting the importance of stakeholder collaboration, the panelists agreed that IPEF was a vision of the future and will enhance regional as well as global trade, open partnership and scaling on larger platforms. They further pointed out that IPEF was an indication of the growing number of flexible arrangements for global engagement that countries were pursuing, such as FTAs focussing on specific goods & services and loose regional groupings with open membership rules. Anindya Sengupta, Director, CGAPP; Milindo Chakraborty and Ritwik Sarkar, among others, were present on the occasion.