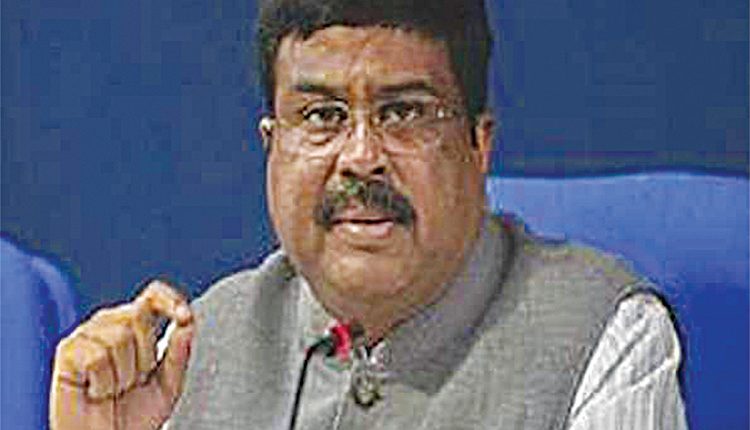 New Delhi, Dec 30 (Agency) With an aim to increase famers’ income in the country, the Union Cabinet under the chairmanship of Prime Minister Narendra Modi on Wednesday approved the modified the scheme to enhance ethanol distillation capacity in the country. Under the modified scheme, the Government proposed to set up grain based distilleries, expansion of existing grain based distilleries to produce ethanol, setting up new molasses based distilleries, expansion of existing distilleries to produce ethanol approved by the Central Pollution Control Board for achieving Zero Liquid Discharge (ZLD).

Government would bear interest subvention for five years including one year moratorium against the loan availed by project proponents from banks at the rate of 6 percent per annum or 50 percent of the rate of interest charged by banks whichever is lower. Interest subvention would be available to only those distilleries which will supply at least 75 percent of ethanol produced from the added distillation capacity to Oil Marketing Companies (OMCs) for blending with petrol. Briefing the media after the Cabinet meeting the Petroleum Minister Dharmendra Pradhan said that the proposed intervention would enhance production of first generation (1G) ethanol from various feed stocks thereby, facilitate in achieving blending targets of ethanol with petrol and would promote ethanol as a fuel which is indigenous, non-polluting and virtually inexhaustible and that would improve the environment and the ecosystem and result in savings on Oil Import Bill. It will also ensure timely payment of dues to farmers.

Government has fixed a target of 10 percent blending of fuel grade ethanol with petrol by 2022, 15 percent blending by 2026 and 20 percent blending by 2030. Recently, sugarcane farmers have benefited in the past six years as the capacity of molasses based distilleries has more than doubled and is currently at 426 crore litres whereas this will increase income of farmers as other feed stocks such as cereals (rice, wheat, barley, corn and sorghum), sugarcane and sugar beet to be used for production of ethanol. Proposed intervention would enhance production of 1G ethanol from various feed stocks thereby, facilitate in achieving blending targets of ethanol with petrol and would promote ethanol as a fuel which is indigenous, non-polluting and virtually inexhaustible and would improve the environment and the ecosystem and result in savings on Oil Import Bill. It will also ensure timely payment of dues to farmers, Mr Pradhan added.

There has been surplus production of sugar in the country since sugar season 2010-11 (except reduction due to drought in sugar season 2016-17); and the sugar production is likely to remain surplus which accounts for 60 million Metric Tonnes in the country in coming years due to introduction of improved varieties of sugarcane. This 60 lakh MT surplus sugar which remain unsold also block funds of sugar mills to the tune of about Rs. 19,000 crore thereby affecting liquidity positions of sugar mills resulting in accumulation of cane price arrears of farmers. Till year 2014, ethanol distillation capacity of molasses based distilleries was less than 200 crore litres. However, in past six years the capacity of molasses based distilleries have been more than doubled and are currently at 426 crore litres. With a view to achieve blending targets, Govt. is making concerted efforts to further double the ethanol distillation capacities in the country by 2024.