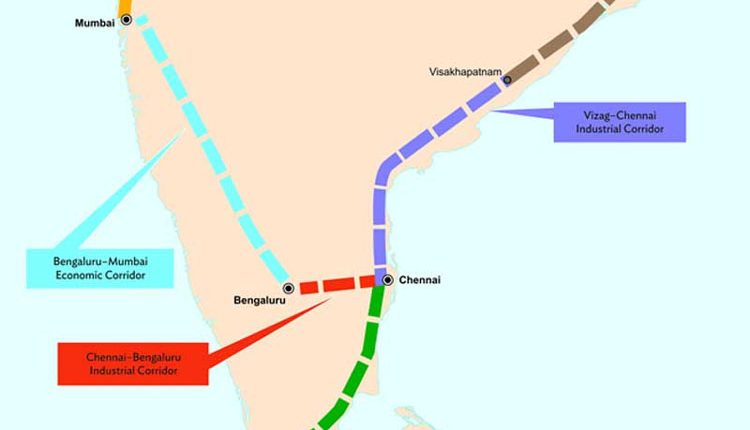 Envisioned on the backbone of major transportation corridors like Eastern & Western Dedicated Freight Corridors, Expressways and National Highways, proximity to ports, airports, the objective of Industrial Corridor Programme is the creation of greenfield industrial cities with sustainable, ‘plug n play’, ICT enabled utilities to facilitate the manufacturing investments into the country by providing quality, reliable, sustainable and resilient infrastructure to industries. The developed land parcels in these cities will be ready for immediate allotment for attracting investments into manufacturing and positioning India as a strong player in the Global Value Chain, an official statement said. The Industrial Corridor Programme thrives to attain the objective of creation of an “Atmanirbhar Bharat” to drive the growth of industries and create greater avenues for investments across the country.

These projects will generate ample employment opportunities through industrialisation, it said. For Krishnapatnam node, estimated employment projection on completion of the first phase of development is likely to be around 98,000 persons of which about 58,000 persons are likely to be employed at the site. For Tumakuru node, employment of about 88,500 persons is estimated, out of which 17,700 persons will be from service industries such as retail, offices and other commercial opportunities in the initial development phase. Multi Modal Logistics Hub (MMLH) & Multi Modal Transport Hub (MMTH) Projects at Greater Noida, U.P. are in close proximity to Eastern peripheral expressway, NH91, Noida- Greater Noida Expressway, Yamuna Expressway, Eastern & Western Dedicated Freight Corridors. Logistics Hub project will be developed as a world-class facility that will provide efficient storage/transitioning of goods to/from the Dedicated Freight Corridors (DFC) and offer a one-stop destination to freight companies and customers.

The facility will not only provide standard container handling activities but also provide various value-added services to reduce logistics cost with improved efficiency of operations. Multi Modal Transport Hub (MMTH) project located near the already existing Indian Railways station of Boraki will act as a transport hub with provisioning of Rail, Road and MRTS accessibility for the passengers in a seamless manner. MMTH will have space for Inter State Bus Terminal (ISBT), Local Bus Terminal (LBT), Metro, commercial, retail & hotel space and green open spaces. The project will provide world-class passenger movement facilities for the growing population of the catchment zone catering to upcoming developments in U.P. sub-region of the NCR and thus, decongest Delhi. The employment generation estimated is about 1,00,000 persons by 2040 for both these projects and will have a positive impact on the growth opportunities in the surrounding area.