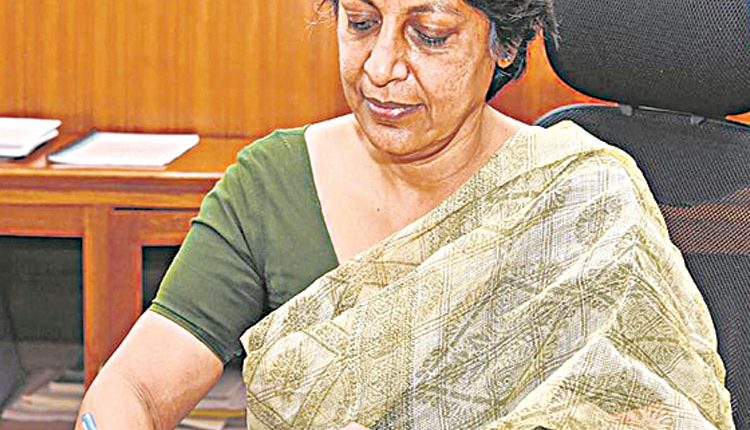 Chandigarh, Jul 13 (Agency) In order to realise the dream of the Chief Minister Captain Amarinder Singh to provide employment opportunities to the eligible unemployed youth under his government’s flagship ‘Ghar Ghar Rozgar and Karobar Mission’, Chief Secretary, Vini Mahajan, on Tuesday directed all the departments to accelerate the process of ongoing recruitment drive to achieve the target of providing one lakh government jobs to the deserving candidates purely on merit basis in the state.

She also requisitioned the remaining vacancies in the government departments immediately to initiate the process of filling the same. Chairing a meeting with all the administrative secretaries to review the progress of State Employment Plan here, the Chief Secretary directed the departments to share the vacant posts under the direct quota category with the Employment Generation, Skill Development and Training department so that the second phase of the State Employment Plan to recruit one lakh youth in the government departments be initiated forthwith.

Reviewing the progress of ‘Ghar Ghar Rozgar and Karobar Mission’, the Chief Secretary said the Chief Minister Captain Amarinder Singh-led Council of Ministers had approved the State Employment Plan on October 14, 2020, in order to recruit one lakh youth in the government departments, besides giving nod to fill 61,336 vacancies. Since then, as many as 45,735 vacancies have been requisitioned/ advertised and most of them are presently under recruitment process, while various departments have already appointed 9,311 candidates since April 1, 2020.