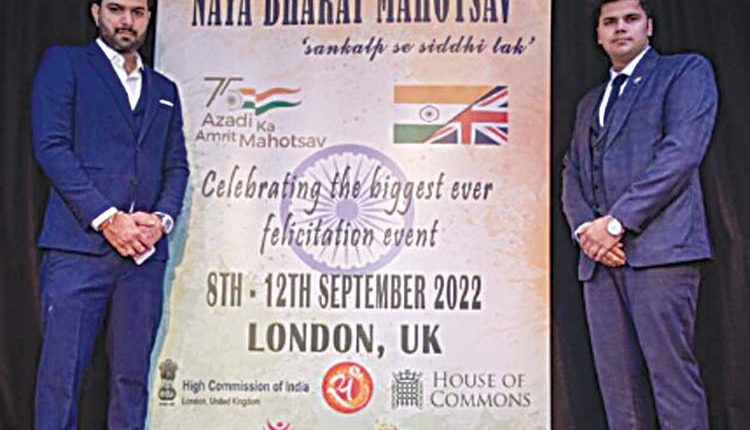 Celebrating the NAYA BHARAT MAHOTSAV “Sankalp Se Siddhi Tak”, the World Humanitarian Foundation and Trident Events & Media, London, organized the Global Inspirational Awards, the biggest ever felicitation event under the aegis of 75 Azadi Ka Amrit Mahotsav. With profound grief on the demise of Queen Elizabeth II, Britain’s longest-reigning monarch and a rock of stability across much of a turbulent century, we regret to announce that the event NAYA BHARAT MAHOTSAV, which was scheduled from 8th September to the 12th of September in London, UK. has been relocated from London Parliament (House of Commons) to Hotel in London, as we join the World in national mourning the passing of Her Majesty Queen Elizabeth, A global icon who represented the finest qualities of her nation and people. Queen’s death is an irreparable loss for the country and World. World Humanitarian Foundation and Trident Events & Media Ltd apologize for the inconvenience this may cause and encourage participants to join us in global mourning. Mr Shiv Kakran & Mayank Dahiya, Director of Trident Events & Media, UK, said.

The ceremony started with paying tribute to ‘The Great Queen Elizabeth, ‘ the longest reigning monarch and a rock of stability across much of a turbulent century. Shiv Kakran, Director, Trident Events & Media Ltd, informed, “Global Inspirational Awards 2022′ acknowledged the Individuals and organizations who have gone too far to achieve their goals & helped their country to come out of the global crisis with the Global Inspirational Awards 2022. Trident Events & Media Ltd is a well-known media entertainment & event management company. The company has been awarded to London Parliament twice in the past few years for their outstanding contribution to event technology.