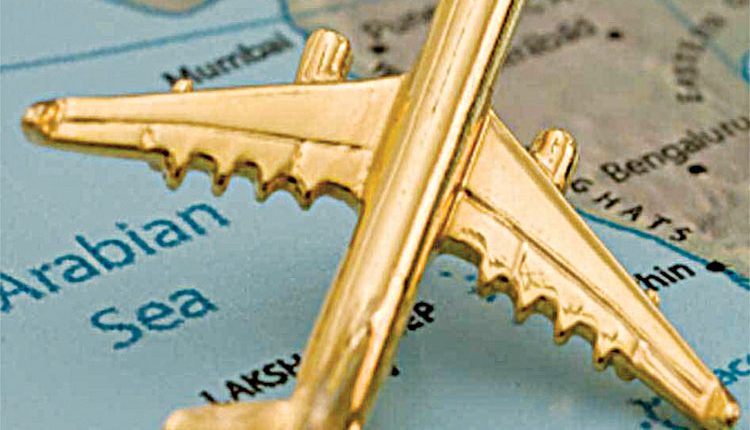 The Aviation sector in India currently contributes $72 bn to GDP. India has 464 airports and airstrips, of which 125 airports are owned by Airport Authority of India (AAI). These 125 AAI airports manage close to 78% of domestic passenger traffic and 22% of international passenger traffic. The hub of the nation’s aviation manufacturing industry is at Bangalore which has a 65% share of this economic sector. The government’s UDAN (regional connectivity scheme) is driving the growth of civil aviation and aviation infrastructure in India. The aviation industry supports $3.5 trillion (4.1%) of the world’s gross domestic product (GDP). If aviation were a country, it would rank 17th in size by GDP.

Aviation provides the only rapid worldwide transportation network, which makes it essential for global business. It generates economic growth, creates jobs, and facilitates international trade and tourism. The civil aviation industry in India has emerged as one of the fastest growing industries in the country during the last three years. India has become the third largest domestic aviation market in the world and is expected to overtake UK to become the third largest air passenger market by 2024.

Air India is India’s national flag carrier after merging with Indian in 2011 and plays a major role in connecting India with the rest of the world. IndiGo, Air India, Spicejet, GoAir and Vistara, AirAsia India are the major carriers in order of their market share. The Indian aviation industry is expected to report a net loss of Rs 21,000 crore in the current financial year (FY21) against a net loss of Rs 12,700 crore in FY20 due to lower revenues and high fixed costs, according to ICRA. With the right policies and relentless focus on quality, cost and passenger interest, India would be well placed to achieve its vision of becoming the third-largest aviation market by 2020. The expenditure of Indian travellers is expected to grow up to Rs. 9.5 lakh crore (US$ 136 billion) by 2021. As per the proposals of Budget 2021, aircraft leasing companies are now exempt from capital gains and tax exemptions have been given on aircraft lease rentals paid to foreign lessors. The Budget has also announced an ambitious plan to monetise airports across tier 2 and tier 3 cities in the country.

The Union Budget announced for the Financial Year 2021-22 comes with several positive measures for the aviation industry in India. These measures range from tax incentives and custom duty reduction for promoting aatmanirbharta, to asset monetisation and disinvestment to mobilise resources for new infrastructure development. Overall, the budget proposals are aimed at creating opportunities for strengthening the aviation eco-system in the country and developing India as an aviation sector manufacturing hub.

Major highlights of the Union Budget 2021 for the aviation industry include: