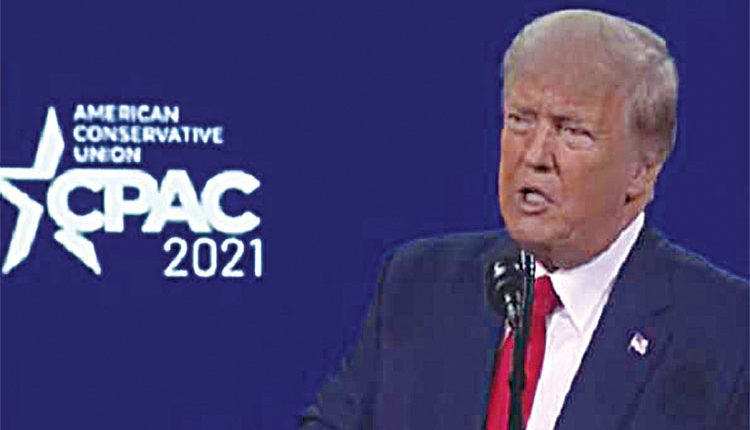 Washington, Mar 3 (FN Agency) YouTube has deleted RT’s video of ex-US President Donald Trump’s speech at the Conservative Political Action Conference (CPAC) in Florida, saying that the “violative” address was not adequately flagged, the broadcaster said. In Sunday’s first major public appearance since leaving office, Trump told the conservative political conference that he might run for president again and beat Democrats “for a third time.”

“The video streaming site has CENSORED RT’s video of Donald Trump’s speech at the Conservative Political Action Conference in Florida. YouTube said the content fell foul of its scam and spam policies – because it didn’t contain enough warnings about Trump. That’s despite it being a ‘NO COMMENT, LIVE FEED’ video,” the broadcaster wrote on its Telegram channel.

Prior to this, RT Russian reported that the broadcaster had received a warning from YouTube for broadcasting “Trump’s violative CPAC speech” without tagging it as “hateful speech.” The speech is still available on pages of other major news outlets, including Reuters, ABC and others, according to the broadcaster. In a comment to Sputnik, Google explained that YouTube bans content that contains claims of the November 2020 election fraud.