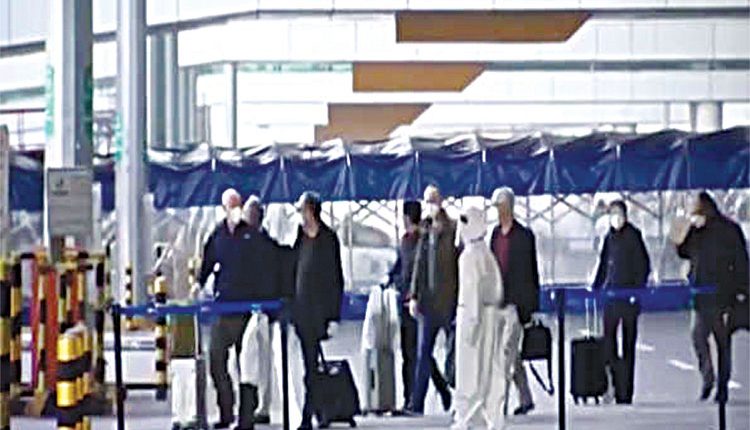 Beijing, Jan 14 (FN Agency) A team from the World Health Organization (WHO) on Thursday arrived in the Chinese city of Wuhan to begin its investigations into the origins of the COVID-19 pandemic. The long-awaited probe has finally started after months of wrangling and negotiations between the WHO and the Chinese government. The team comprises of 10 scientists who will be interviewing people from various research institutes, hospitals and the seafood market that were linked to the initial outbreak, a BBC report said.

Wuhan was the first city to report the COVID-19 virus in late 2019, from where it spread to the rest of the world. The WHO team’s arrival in Chine on Thursday coincides with a resurgence of new coronavirus cases in northern China after several months of not reporting any new case. The team members will undergo two weeks of quarantine before they can begin their research which aims to investigate the animal origin of the pandemic and which will rely upon samples and evidence provided by Chinese officials. Earlier this month China had denied entry to the WHO investigators after one member of the team was turned back and another got stuck in transit. But Beijing said it was a misunderstanding and that arrangements for the investigation were still under discussion.