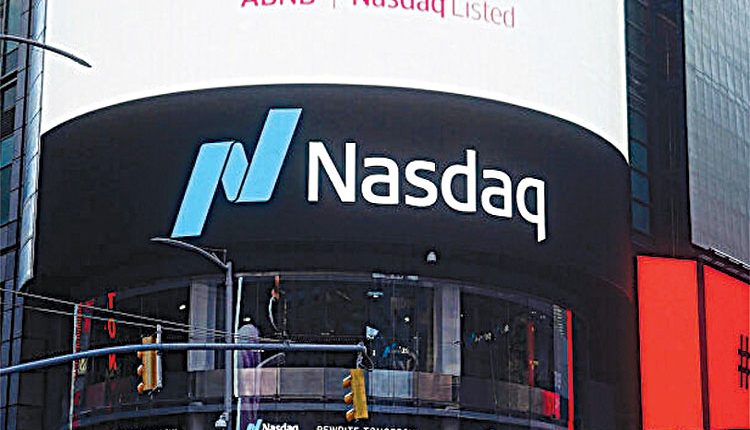 New York, Mar 10 (Agency) Nasdaq gained its most in four months while the Dow Jones Industrial Average hit record highs for a second day in a row on Tuesday as Wall Street recovered from a recent depressed streak caused by a spike in bond yields.

The Nasdaq Composite Index increased 3.7 percent, its most in a day since November 4, and close at 13,704. The index, which consists of heavyweight tech names such as Facebook, Apple, Amazon, Netflix and Google, had slumped in recent weeks on concerns about overvaluation of most of its stocks. The declines had initially pushed Nasdaq down 2.2 percent for the year at Monday’s close, before Tuesday’s rebound pulled it back up 1.4 percent. The Dow, the broadest gauge of the New York Stock Exchange, increased 0.1 percent. But its high of the day, at 32,150, accounted for a new record that overwrote Monday’s all-time peak. For the year, the Dow was up 3 percent.

The S&P 500, barometer for the top 500 US stocks, rose 1.4 percent to settle at 3,873. The S&P was up 3 percent year-to-date. The rally in stocks came as bond yields tied to the ten-year US Treasury note fell for the first time in six days. The yields had spiked previously to a one-year high of 1.6 percent on fears about runaway inflation.

IFRC warns of ‘Deadly Gap’ in distribution of COVID-19 vaccines