IFRC warns of ‘Deadly Gap’ in distribution of COVID-19 vaccines 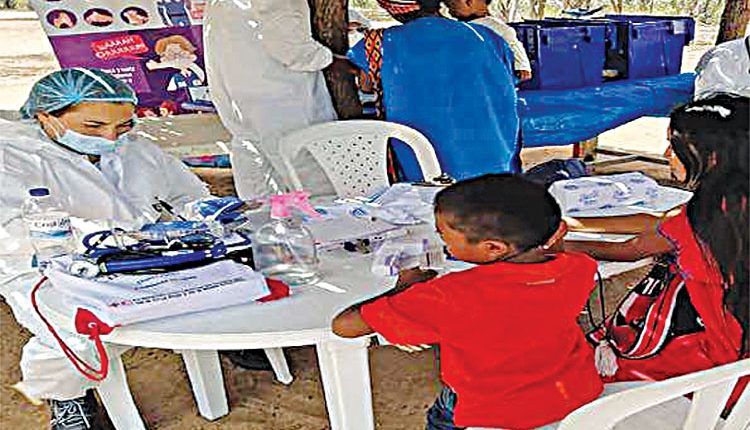 Geneva, Mar 10 (FN Bureau) The International Federation of Red Cross and Red Crescent Societies (IFRC) has warned that efforts to ensure fair and equitable distribution of COVID-19 vaccines would fail unless a “deadly gap” in global immunization policy and funding was filled quickly.
In a press statement, the organization said, “Much of the focus of governments and other donors has been on procuring and distributing vaccines between countries, including via the COVAX facility. While the procurement and international distribution of vaccines is crucial, too little thought is being given to how those vaccines will be distributed within countries, including how isolated and hard-to-reach communities will be included in immunization campaigns,”

IFRC President Francesco Rocca, said: “Efforts to procure and distribute vaccines between governments are clearly crucial and must be supported fully by donors. However, it is not enough just to focus on this side of the equation. Initiatives like COVAX ensure that vaccines will reach the tarmacs of airports in the capital cities of participating countries. They are inarguably important.” Rocca said that the efforts needed to be complemented by initiatives designed to get the vaccines off the tarmac and out into the arms of everyone who needs them. In order to fill the gap, the IFRC last month launched a 100 million Swiss franc ($107.8 million) plan designed to support the vaccination of 500 million people, but support for the plan is yet to materialize, with only about 3 percent of required funding received so far.

“Our plan focuses on ensuring that, once received, vaccines reach those who need them most. This involves a range of important actions, including efforts to counteract vaccine hesitancy and to build community trust in vaccines. It also involves our teams going out and identifying high-risk individuals who might, for any number of cultural, linguistic or social reasons, be ‘invisible’ to authorities,” Rocca said.

“National Red Cross and Red Crescent Societies are already working with governments to vaccinate at-risk and isolated communities. For example, in Brazil, Red Cross volunteers and staff are vaccinating extremely isolated communities in the Amazon. In the Maldives, the Red Crescent has supported the vaccination of unregistered migrants, while similar efforts are underway in Greece and in the Czech Republic,” the IFRC said.
“Our message today is simple: we need urgent funding so that we can continue and expand vaccination efforts into all communities. Without this funding, a gap will remain between the vaccines that will ultimately end this pandemic, and some of the most vulnerable and isolated people in the world. Such a gap means that the virus will continue to circulate and mutate, and that people will continue to get sick and die,” the IFRC president said.